Prince Harry and Meghan to 'step back' as senior UK royals 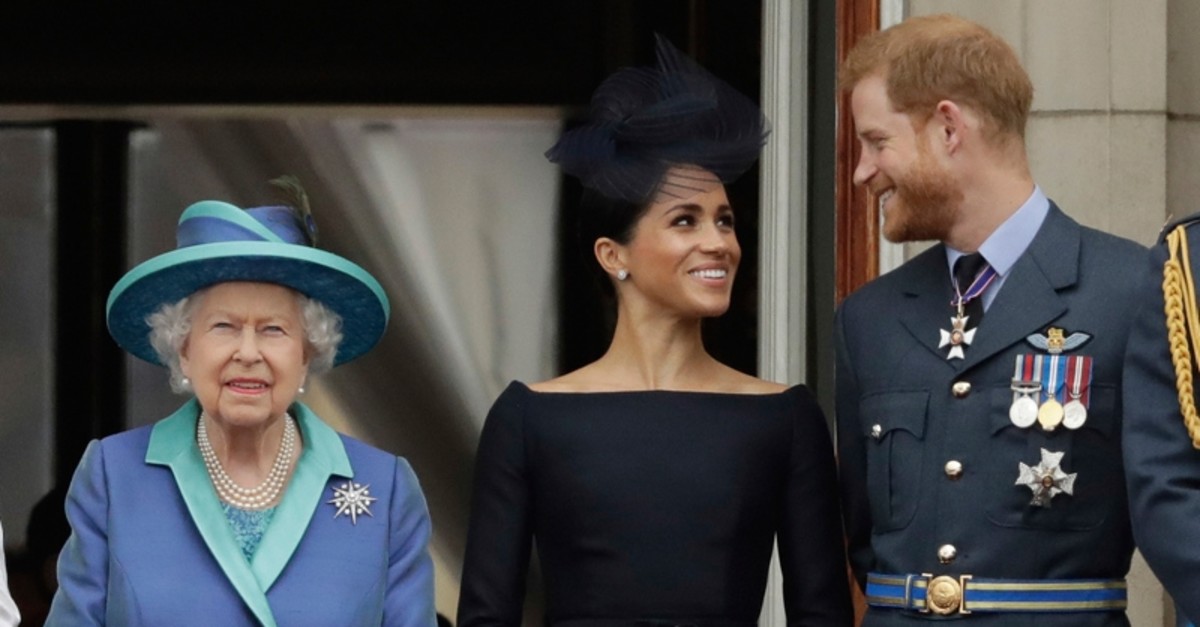 In this Tuesday, July 10, 2018 file photo Britain's Queen Elizabeth II, and Meghan the Duchess of Sussex and Prince Harry watch a flypast of Royal Air Force aircraft pass over Buckingham Palace in London. (AP Photo)
by Associated Press Jan 09, 2020 2:14 am

Britain's Prince Harry and his wife, Meghan, said they are planning "to step back" as senior members of the royal family, a stunning revelation that underscores the wish of the couple to forge a new path for the royals in the modern world.

A statement issued by Buckingham Palace said Wednesday the the royal couple intend to become financially independent, shunning public support, to underpin their work on charities. It said they intend to "balance" their time between the U.K. and North America, where the 38-year-old Duchess of Sussex grew up.

"After many months of reflection and internal discussions, we have chosen to make a transition this year in starting to carve out a progressive new role within this institution," the couple said in a statement. "We intend to step back as 'senior' members of the royal family and work to become financially independent, while continuing to fully support her majesty the queen."

Harry, 35, is a grandson of Queen Elizabeth II and is sixth in line to the British throne.

Before marrying Harry in 2018, the duchess was the American actress known as Meghan Markle and a star of the TV show "Suits." The royal couple has a baby son Archie, who was born in May 2019.

Although as an actress and human rights advocate the duchess was accustomed to media attention before her marriage, she has made no secret of the fact that the transition to the level of celebrity faced by Britain's royal family was difficult.

Last year, Harry lashed out at the British media for its treatment of his wife, accusing the media of hounding her the way they did his mother, Princess Diana, who died in a 1997 car crash while trying to elude paparazzi.

"My deepest fear is history repeating itself. I've seen what happens when someone I love is commoditized to the point that they are no longer treated or seen as a real person. I lost my mother and now I watch my wife falling victim to the same powerful forces," Harry said in the fall.