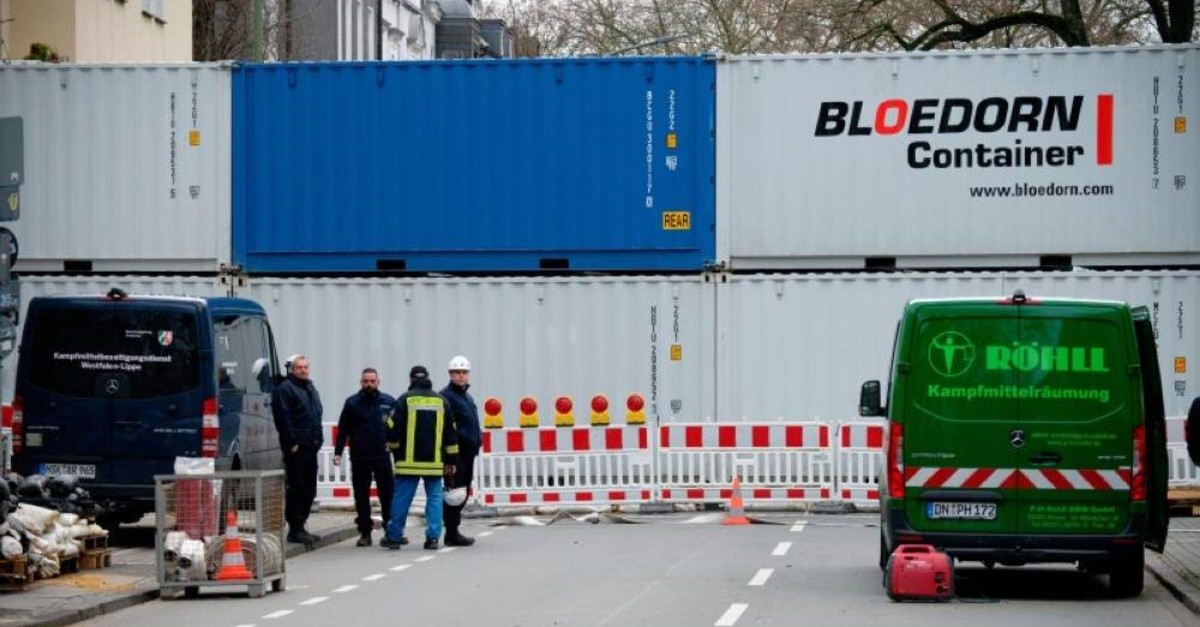 Two World War II bombs were successfully defused in the western German city of Dortmund on Sunday, hours after thousands of people were evacuated from the surrounding area, officials said.

The bombs were 250-kilogram (330-pound) American and British bombs. Authorities initially thought they had detected four bombs, but later clarified that only two were found.

The city's regulatory authority evacuated people from the densely populated part of town in the early hours of the morning, forcing about 14,000 people to leave their homes.

Authorities had evacuated two hospitals and opened schools for residents who had to leave their homes.

The city's train station had also been shut down and trains were rerouted. Before experts defused the two bombs, helicopters patrolled overhead to ensure everyone had evacuated.

Almost 75 years after the end of the war, unexploded bombs are frequently found in Germany. Disposing of them sometimes entails large-scale evacuations as a precaution.

The discovery of bombs dating back to the final months of World War II is common in Germany and there are often evacuations to ensure their safe disposal.