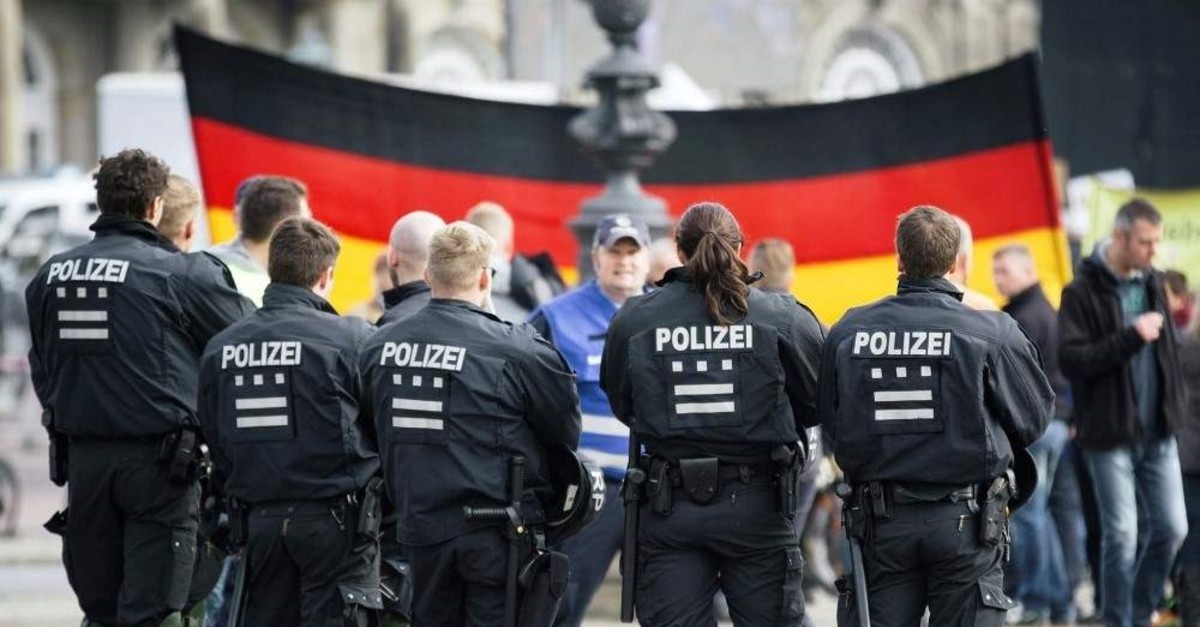 Thousands of supporters of the anti-migrant organization PEGIDA gathered to celebrate the second anniversary of the group's founding, Dresden, Oct. 16, 2016.
by Daily Sabah with AFP Jan 14, 2020 2:06 pm

German police said they launched an investigation after a man dressed as Adolf Hitler rode around a weekend festival in a motorbike sidecar, although he provoked more amusement than outrage. "When people dress up as Adolf Hitler, an investigation is always necessary," a spokesman for Saxony police told news agency dpa on Monday.

The fake Fuehrer appeared at a classic motorcycle gathering in Augustusburg, near Chemnitz in eastern Germany, and was seen in videos of the event posted online. He sported a toothbrush mustache and was seated in the sidecar of a bike driven by a man dressed as a 1940s-era soldier, complete with a World War II-style helmet. In August 2018, massive far-right rallies rocked the city of Chemnitz, where skinheads hounded migrants and performed the illegal Hitler salute.

People are heard laughing as the pair pass by and a policeman guarding the event pulls out his phone with a smile to take photos. The officer could now face consequences for his failure to step in.

"We would have expected our colleague to put a stop to all this without the least hesitation," the Saxony police spokesman said. Saxony premier Michael Kretschmer also condemned the Hitler pantomime. "Dressing up as a mass murderer is more than just bad taste," he tweeted. "This kind of behavior is unacceptable and shouldn't be repeated."

Around 1,800 motorcyclists and 7,500 visitors took part in the weekend classic bike festival in Saxony, a region in former communist East Germany that has made headlines for far-right and neo-Nazi activities in recent years. Saxony has long had a problem with far-right groups. The eastern state is the cradle of the Patriotic Europeans Against the Islamization of the West (PEGIDA) anti-immigration, anti-Islam movement, and the state of Saxony is a stronghold of the anti-immigration Alternative for Germany (AfD) party.