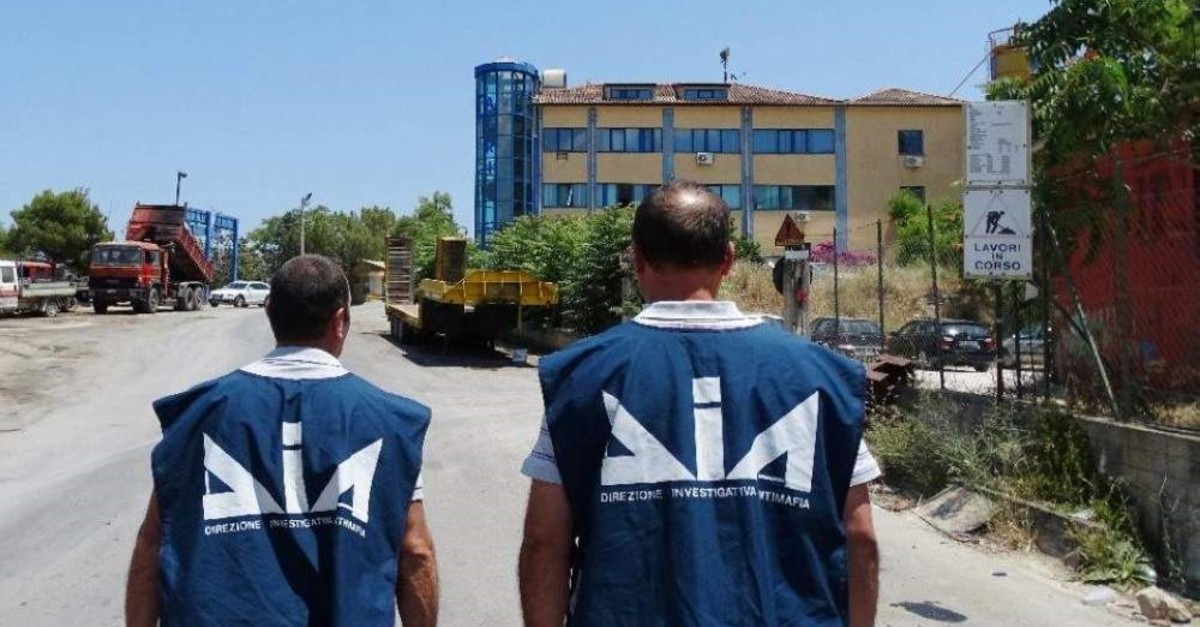 Anti-mafia department (DIA) police officers walk through a seized firm, Palermo. (AFP Photo)
by French Press Agency - AFP Jan 15, 2020 1:49 pm
Italian police said Wednesday they had dismantled a massive Mafia operation in Sicily which had been defrauding the European Union of millions of euros in funds destined to farmers. A total of 94 people had been arrested in early-morning raids, said a statement by the public prosecutor in Messina. Those arrested included the heads of two Mafia families, a notary, entrepreneurs and public administrators tasked with helping farmers access funds.

Since 2013, the so-called Tortorici Mafia, named after a town within the Nebrodi mountainous area in the island's northeast, had defrauded about 10 million euros ($11 million) from the EU, Rai24 reported.

The clan falsely claimed they owned plots of land that in reality were owned by regional and local municipalities, thereby tapping EU funding. The collaboration of employees from public agencies overseeing agricultural payments was key to the plot, which distributes EU funds to farmers, as well as those working for assistance centers set up to help farmers tap available funding.

In a charge sheet, Judge Sergio Matroeni said the swindle relied on the "unprincipled support" from white-collar workers with the "necessary know-how to infiltrate the Mafia into the nerve center of public funding" and knew how to exploit lax controls. Forty-eight of those arrested were detained immediately, while the remaining suspects had been placed under house arrest, police said.
RELATED TOPICS