Uncertainty looms as Putin carves the future of troubled Russia 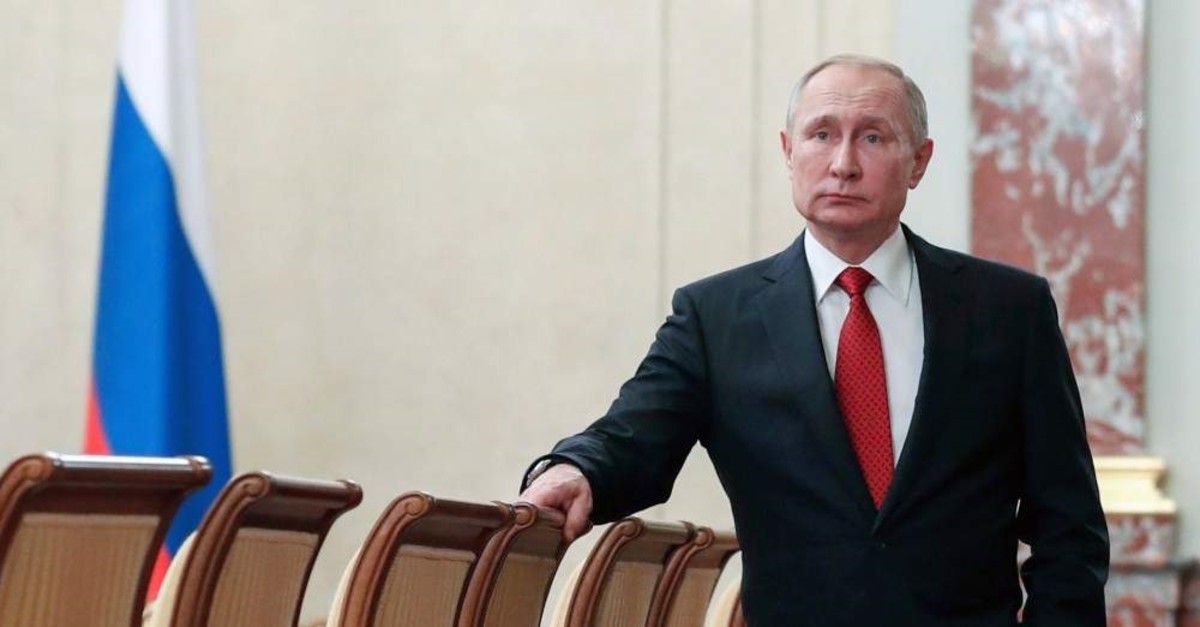 Speculations arose from all sides following the resignation of former Russian Prime Minister Dmitry Medvedev and his Cabinet in light of President Vladimir Putin's Wednesday proposal of possible amendments to the Russian Constitution.

The entire cabinet and Putin's long-term ally Medvedev abruptly resigned in an organized and well-orchestrated manner after Putin delivered his annual state-of-the-nation speech. Following the unexpected chain of events, the head of the Federal Tax Service Mikhail Mishustin was immediately ushered in as the new Russian prime minister by the State Duma the next day. In lieu of an established political career, Mishustin rides in on the back of what Russian media outlets consider a skilled technocratic background, one expected to help Putin push through this transition from now until 2024.

Russia has now entered a stage of transition and political uncertainty, with this week marking the sudden end of a government that had only been active for less than two years.

This sudden political shift has raised some questions about the president's intentions about the future of his country, with the common agreement that he will hold onto power in the coming period. However, opinions differ as to how he will do this.

Russia's current constitution does not allow a president to serve more than two consecutive terms. The changes that the president has proposed, however, look to weaken the presidency while empowering the role of Parliament and the prime minister. Meanwhile, the State Duma, the lower house of the Federal Assembly of Russia, is currently dominated by members of the current ruling right-wing political party United Russia.

According to Turkish public broadcaster TRT's Moscow representative Eşref Yalınkılıçlı, there are two main trajectories that the president can take. He describes one of these as the more optimistic route. "The State Duma has been relegated to a more symbolic role of late, and if the president exercises a smooth transition, which I believe that he will, the Duma will regain some of the significance that it currently lacks,'' Yalınkılıçlı said.

The more pessimistic route described by Yalınkılıçlı is the one that has strong consensus among critics of Putin. In this scenario, changes in the constitution will lead to him being elected as prime minister in 2024, holding his position of political power in a more direct way. "This possibility will be the main focus of all heavy critics of Putin, notably in the Western European media. I personally don't think that the president is currently paving the way for his successor while trying to maintain some degree of authority himself. It's not as black and white as people think,'' expressed Yalınkılıçlı.

Mehmet Ali Tuğtan, an academic in international relations at Istanbul Bilgi University, thinks that what will happen in the coming period may have parallels with what occurred in Kazakhstan in 2018, when Nursultan Nazarbayev, longtime president of the country, engineered a leadership maneuver by increasing the power of his country's security council, of which he proceeded to make himself chairman for life. His position then allowed him to maintain the key levers of power, even after resigning from the presidency last year. "It will be interesting to observe the similarities of what's going on in Russia now and what happened in Kazakhstan then. Putin is trying to hold onto power while shaping the future of his potential successor,'' Tuğtan said.

There is also an economic dimension of what's been going on in Russia. Putin has built his popularity on the high level of living standards he has offered his people, especially in his earlier years as president. Rising oil prices were one of the main indicators of his success here. However, with lower oil prices coupled with Western sanctions, growth and stability have been replaced by increasing frustration among the public.

The president's approval rating has fallen to 68% from 82% as of April 2018, according to an independent pollster Levada. Meanwhile, Medvedev was in far worse shape, with an approval rating of just 38%.

Yalınkılıçlı described Medvedev's resignation as a response to the public's growing demand for change. "The Russian people are expecting change in the economy before 2024; the current stagnation might be one of the main reasons why the president did what he did.," he said. Medvedev's replacement, Mishustin, is also widely considered successful as the former head of the Federal Tax Service, which underlines some concern about the current economic situation of the country.

Tuğtan, however, is skeptical about how much blame will fall on Putin. "It is very hard in Russia's current system to point the fingers at anyone other than the president himself. In strong presidential systems, a governmental crisis automatically leads to a regime crisis, and Putin has shown awareness about this fact with his latest actions," Tuğtan said.

The following period is likely to see a referendum for changes to the constitution which will decide the fate of one of the biggest and most powerful countries in the world, and the country's current president will play a crucial role in carving the future of his economically troubled country for better or for worse.