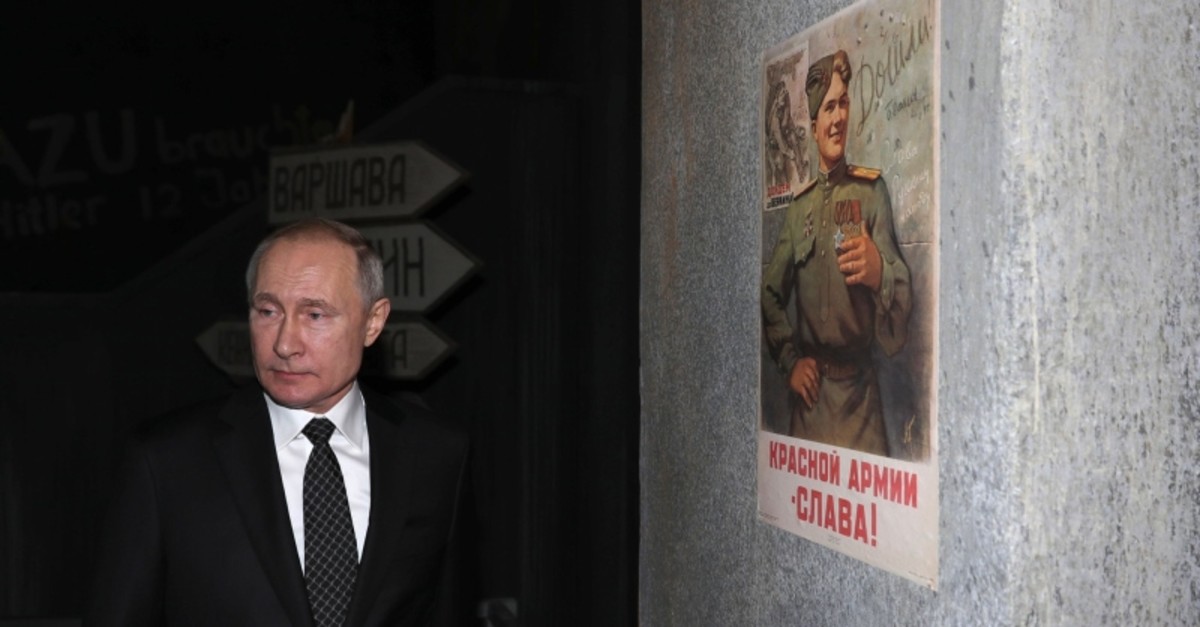 Russian President Vladimir Putin visits a 3D panorama u2018Memory speaks. The road through the waru2019 in St Petersburg on Jan. 18, 2020, as part of the 75th anniversary since the Leningrad siege was lifted during the World War Two. (Photo by SPUTNIK / AFP)
by German Press Agency - DPA Jan 20, 2020 7:14 pm

Russian President Vladimir Putin submitted amendments to parliament on Monday to change the presidential term limits, according to the bill posted on the legislature's website.

Putin wants to remove the word "consecutive" in the current constitution's stipulation that the president cannot serve "more than two consecutive terms."

Putin had suggested the amendment among a raft of constitutional reforms during his state of the nation speech last week.

The reforms include giving more power to the prime minister and the State Council, prompting speculation that Putin is preparing options for retaining a leadership position when his current term ends in four years.

Another proposed reform is that the president must have lived in Russia for the past 25 years, up from the current 10 years, which would prevent major opposition politicians Alexei Navalny and Mikhail Khodorkovsky from running for office anytime soon.

Putin, 67-years-old, has been in power as president or prime minister for two decades. He is the longest-serving Russian or Soviet leader since Joseph Stalin.

In his speech, Putin had suggested that the amendments be approved in a nationwide referendum. A working group in parliament has been tasked with reviewing the proposals.

"Putin is signaling that he will be stepping down from being president in 2024 and will again become prime minister," said Diyar Autal, an associate of Harvard University's Davis Center for Russian and Eurasian Studies.

"This time, however, he will be appointed by the parliament, which is supposed to give him a higher degree of legitimacy and defend him from being unexpectedly let go by whoever assumes the presidency," Autal told the dpa news agency.

Two other theories are that Putin could head an enhanced State Council or could even remain president if the newly amended constitution is considered a restart of his obligation to the presidential term limits.