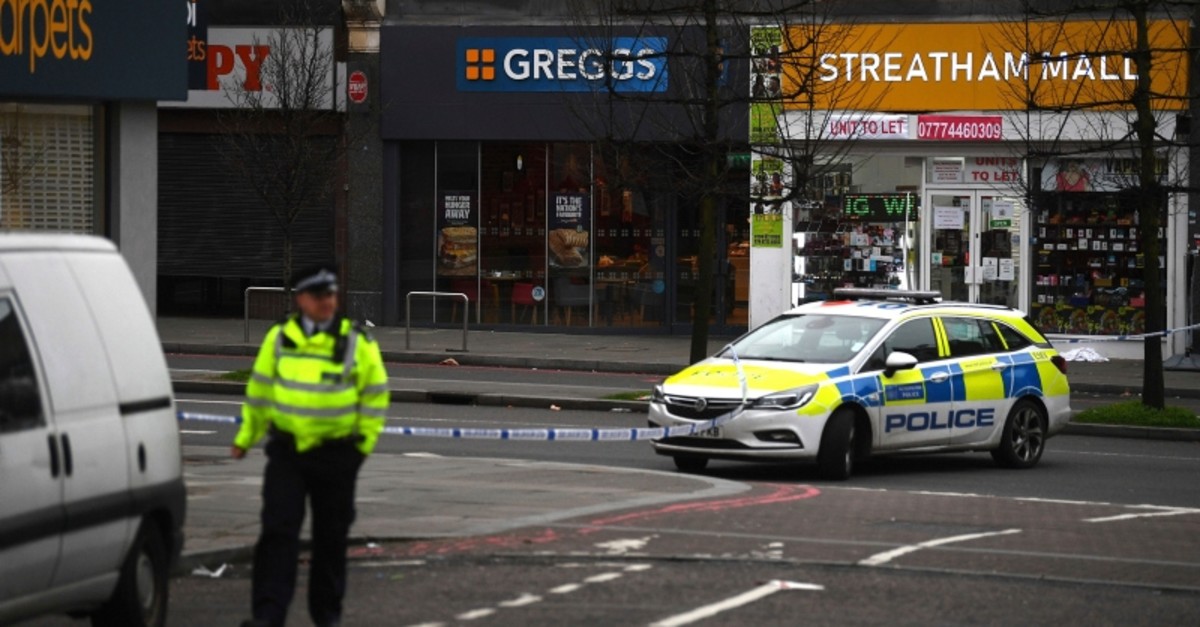 Police attend the scene after an incident in Streatham, London, Sunday Feb. 2, 2020. London police say officers shot a man during a u201cterrorism-related incidentu201d that involved the stabbings of u201ca number of people.u201d (Victoria Jones/PA via AP)
by Compiled from Wire Services Feb 02, 2020 6:34 pm
British police Sunday said they had shot a man in Streatham in south London after several people were stabbed in a suspected "terrorist-related" incident.

"A man has been shot by armed officers in #Streatham. At this stage it is believed a number of people have been stabbed," London's Metropolitan Police said on Twitter.

"The circumstances are being assessed; the incident has been declared as terrorist-related."

The public were asked to avoid the area while the police operation was underway. The London Ambulance Service said it had "a number of resources" at the scene.

A witness to the attack told Britain's Press Association that the man was carrying a machete and had "silver canisters on his chest."

London has repeatedly been the target of terrorist attacks in recent years.

Last November, a knife attack near London Bridge left two people dead before the assailant was shot and killed by armed police. The attack was claimed by Daesh terrorist group.

In August 2018, a 29-year-old man swerved his car into cyclists, pedestrians and police officers in front of the Houses of Parliament in London, injuring several people. The British man of Sudanese origin was sentenced to at least 15 years in prison for terrorism, among other charges.