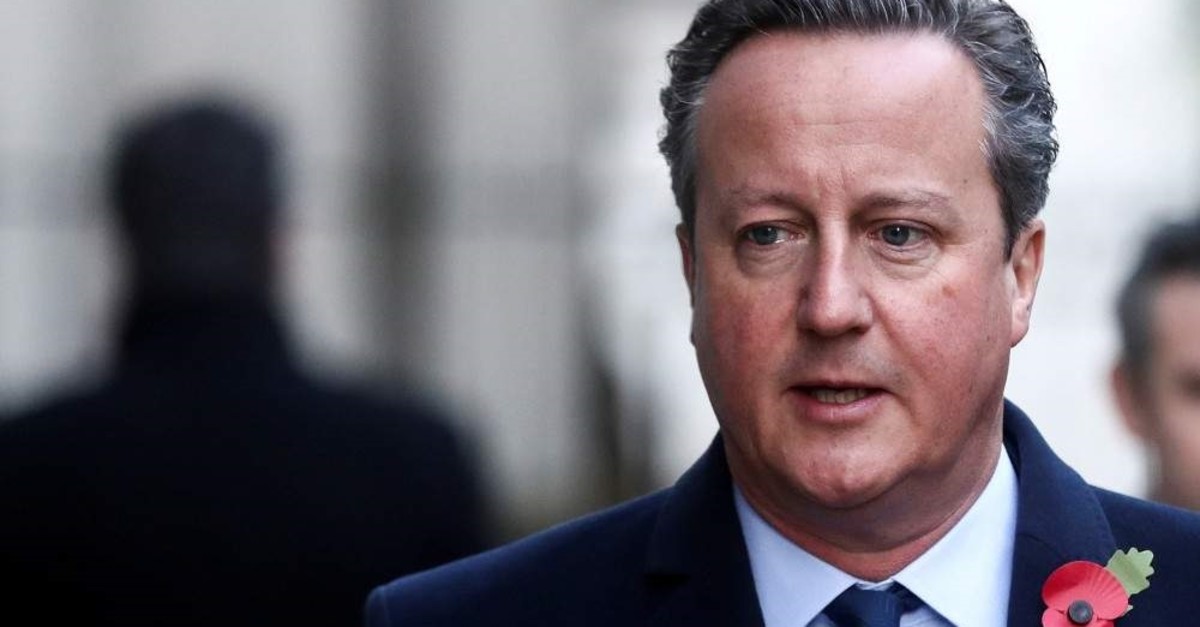 A passenger found a loaded pistol and David Cameron's passport in an airplane toilet after the former British prime minister's bodyguard forgot them there, the British media reported on Wednesday.

Cameron was on his way back from New York to London with a protection officer from Britain's Metropolitan Police when the discovery sparked a security incident, according to the reports.

The Sun newspaper, citing other passengers who were present, said the British Airways plane was waiting to take off when a shocked passenger said he had found a gun in the toilet, causing a commotion. "The captain confirmed a gun had been found, which freaked everyone out," the Sun quoted one of the passengers as saying.

Seeking to reassure passengers, the captain told them the protection officer was authorized to bring a gun on board and it had now been returned to him, but several travelers objected and the weapon was removed before take-off.

The Metropolitan Police said they were taking the matter extremely seriously and had launched an internal investigation. "We are aware of the incident on a flight into the U.K. on Feb. 3 and the officer involved has since been removed from operational duties," the police said in a statement.

British Airways said it followed Civil Aviation Authority rules which allow U.K. police to carry firearms on board in specific, controlled circumstances. "Our crew dealt with the issue quickly before departure and the flight continued as normal," the airline said.

Cameron, who resigned as prime minister in 2016 after a referendum on Britain's European Union membership delivered the opposite result to the one he had campaigned for, has his own track record of forgetfulness. In 2012, two years into his premiership, he accidentally left his 8-year-old daughter in a pub after lunch, returning to get her 15 minutes later.