7 arrested for planning to attack migrants on Greek island 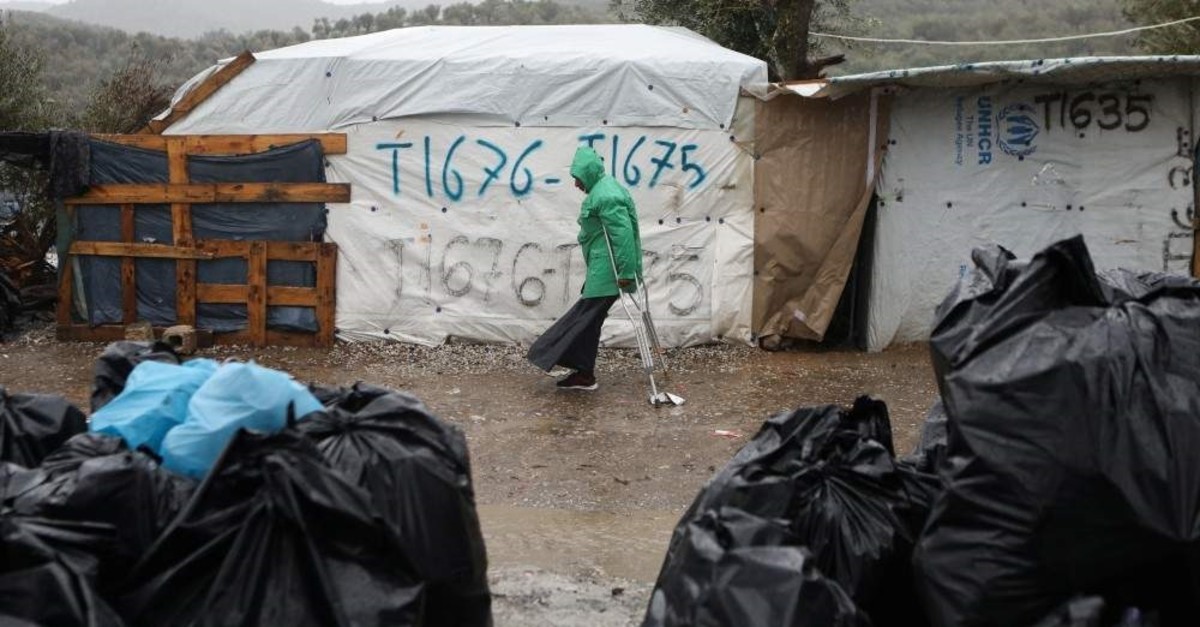 A migrant makes his way during heavy rainfall at a temporary camp for refugees and migrants next to the Moria camp on the island of Lesbos, Feb. 6, 2020. (REUTERS Photo)
by Compiled from Wire Services Feb 07, 2020 9:46 pm

Police on the Greek island of Lesbos on Friday arrested seven people on suspicion of planning attacks on migrants in the wake of anti-camp demonstrations this week. The seven men, aged 17 to 24, were arrested Thursday and the police confiscated several makeshift clubs and a metal rod from them.

"An investigation showed that the suspects had banded together to carry out illegal acts mainly against foreign migrants," the police said in a statement. Two more minors are sought in connection with the case.

On Monday, hundreds of migrants on Lesbos staged a protest against tougher new asylum rules and camp conditions, demanding to be allowed to leave. When some of the protesters neared the village of Moria, which is close to Greece's largest migrant camp, residents called on the police to deny them entry. Tear gas was fired to keep the migrants from entering the island capital of Mytilene. In the following days, news reports and social media said local residents had formed vigilante patrols to intimidate migrants and NGO groups supporting them.

In 2019, Greece became the first port of entry for migrants and refugees entering Europe. The government has struggled to manage the influx, keeping many in overcrowded camps on the Aegean Greek islands near the Turkish coast.

Last month, seeking to further discourage people from attempting to cross its sea and land border, Greece announced plans to rapidly beef up the border police by another 1,200 officers and even set up floating barriers off the islands. The plans stirred controversy with international organizations warning it could also hamper true refugees from accessing asylum.