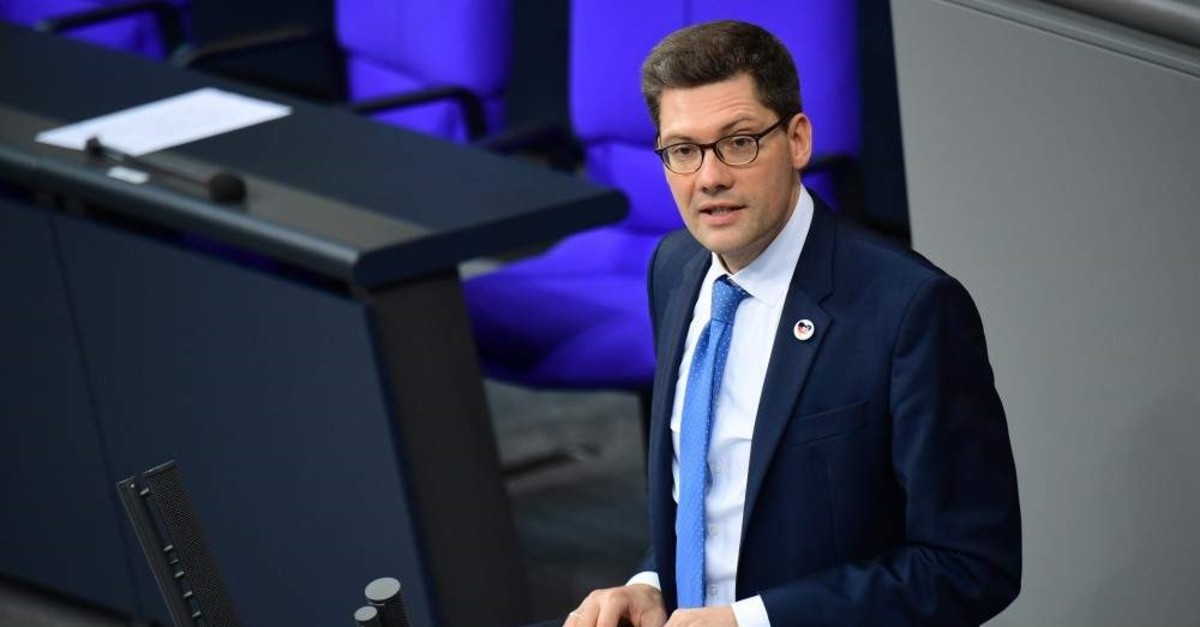 Federal Government Commissioner for the New Federal States Christian Hirte speaks during a session of the German parliament Bundestag on the status of the report of the German Unity in Berlin, Germany, Sept. 27, 2019. (EPA Photo)
by Agencies Feb 08, 2020 3:14 pm

Christian Hirte, a member of Merkel's Christian Democratic Union (CDU) who was the government's commissioner for the formerly communist east and a deputy economy minister, tweeted that he had resigned after Merkel told him he could no longer do the job. Merkel's spokesman, Steffen Seibert, confirmed his dismissal.

The commissioner's role is to help along the integration process of the five states – including Thuringia – that were formerly in East Germany before reunification in 1990.

Hirte's departure is the latest fallout from the shock election Wednesday of pro-business politician Thomas Kemmerich of the liberal Free Democrats (FDP) as governor of the eastern state of Thuringia. The far-right Alternative for Germany, or AfD, enabled it by supporting him in a vote in the state legislature – as did the regional branch of Merkel's CDU, against the wishes of its national leadership.

Kemmerich's acceptance of AfD's votes appalled left-leaning parties and many in his own center-right camp. Merkel called his election "inexcusable." The politician announced the day after he was elected that he planned to step down, though it isn't yet clear when that will happen or whether the state will hold a new election.

43-year-old Hirte, a deputy leader of the CDU's Thuringia branch who sits in the national parliament, had congratulated Kemmerich on his "election as a candidate of the center," tweeting that it showed the state had voted out its previous left-wing government, and making no mention of AfD's role. The controversial tweet was still on his page on Saturday.

On Wednesday, state lawmakers from the center-right CDU voted with the AfD to oust the incumbent left-wing premier of Thuringia and install Kemmerich.

Coalition leaders were meeting Saturday to discuss the Thuringia mess, which has prompted new criticism of the leadership of Merkel's successor as CDU chairwoman, Annegret Kramp-Karrenbauer.

The AfD is openly anti-immigrant and is accused of harboring Nazi sympathizers in its extremist fringes. Working with the AfD has been a red line for German establishment parties like the CDU.