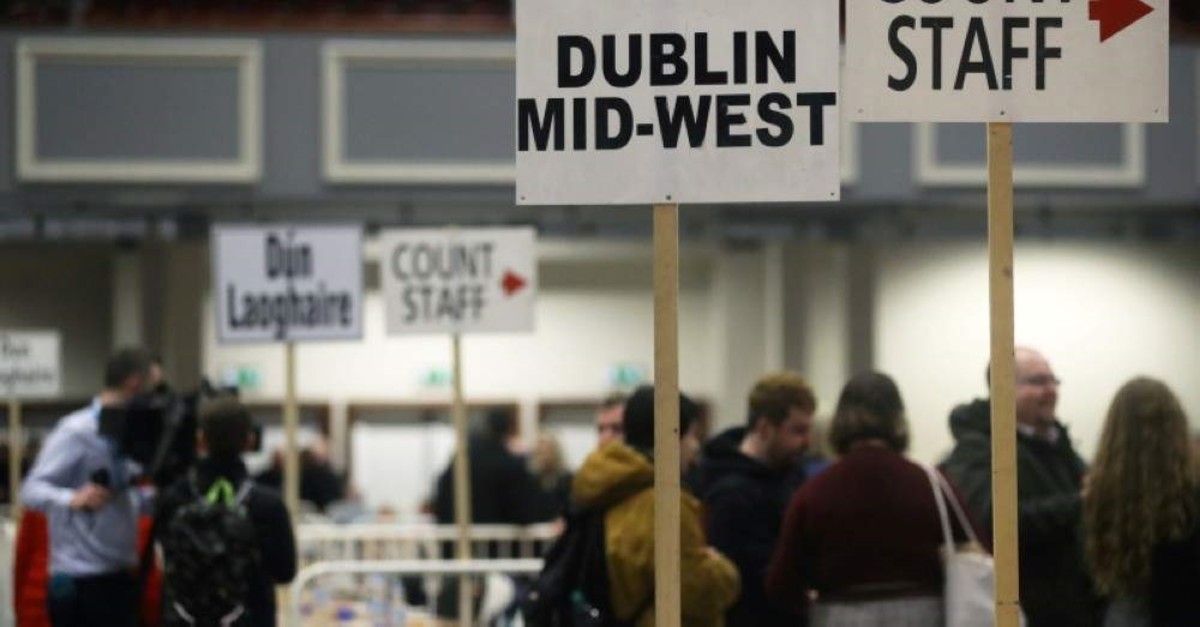 The outcome of the vote has been thrown into uncertainty by a dramatic surge in support for Sinn Fein.

However, Ireland uses a single transferable vote system to elect multiple deputies from each of the 39 constituencies, making it hard to extrapolate a likely seat forecast from the first preference votes exit poll.

That means every ballot of the estimated 3.3 million-strong electorate will count in the battle to form the next government.

Some 159 seats are up for grabs in the Dail, the Republic of Ireland's lower house of parliament, but filling them may not be quick due to the multiple rounds of counting required.

Eunan O'Halpin of Trinity College Dublin university said it would take "perhaps two-and-a-half days for the full picture to be known" in terms of seats.

The shape of the government could take much longer to come into focus and may hinge on inter-party negotiations once the seat spread becomes clear.

During this year's election campaign, Fine Gael and Fianna Fail both ruled out working with Sinn Fein, citing the party's historic links to the Irish Republican Party paramilitary group.

During "The Troubles" --- 30 years of bloodshed when 3,500 were killed by bombs and bullets -- the party acted as the political wing of the IRA in its battle to unite the British territory of Northern Ireland with the Republic of Ireland.

Fianna Fail leader Micheal Martin also said he would not back center-right rivals Fine Gael in a "grand coalition.” But his party has propped up the Fine Gael minority government through a confidence and supply arrangement since the last election -- suggesting common ground could be found again.

And analysts have said statements ruling out coalitions could be pre-election posturing, and party stances may change as the parliamentary arithmetic becomes clear.

"We've never seen a general election result like it. Basically a statistical tie between what are now the three big parties," said Pat Leahy, political editor of The Irish Times newspaper.

He told RTE television that forming a government could prove "a very difficult exercise" unless parties compromised on their pre-election stances.

- PM's future in the balance -

Varadkar became Ireland's prime minister in June 2017 after an internal Fine Gael leadership contest. The party had been in power since 2011 under his predecessor Enda Kenny.

Saturday was Varadkar's first time facing voters at the polls as the prime minister, or taoiseach.

Just 41 years old, he is Ireland's first mixed-race and openly gay premier who has come to represent a more socially progressive nation after years of dominance by the Roman Catholic Church.

He plumped for an early election after successfully helping to broker a deal cushioning Britain's EU exit on Jan. 31 by avoiding a hard border with Northern Ireland.

Varadkar's campaign was focused on Brexit -- but did not seem to land with voters concerned with issues of healthcare, housing and homelessness.

In the Saturday exit poll just 1% of respondents said Brexit was the key factor in how they voted.

Health ranked on 32% whilst the issue of housing and homelessness was on 26%.