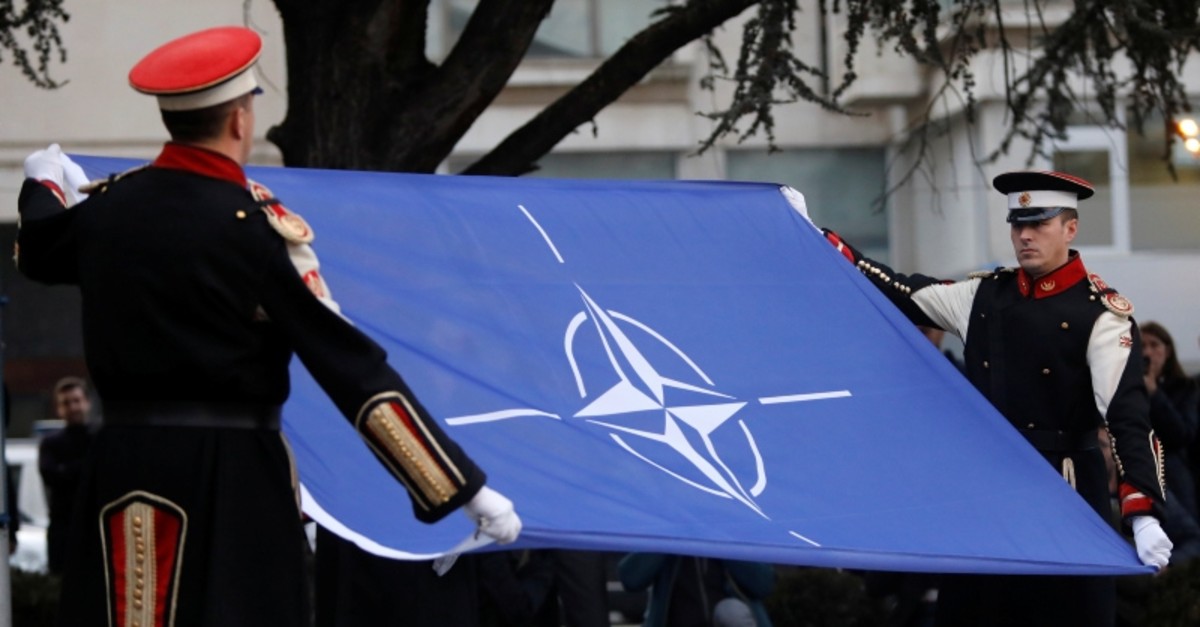 Army officers raise the NATO flag during a flag raising ceremony in front of the parliament building in Skopje, North Macedonia, after the lawmakers ratified the NATO accession agreement, on Tuesday, Feb. 11, 2020. (Reuters Photo)
by Compiled from Wire Services Feb 12, 2020 1:17 pm

Lawmakers in North Macedonia on Tuesday unanimously ratified the accession protocol to NATO, as the Western military alliance's flag was raised in front of the parliament building.

All 114 lawmakers present in the 120-seat parliament voted in favor of ratification. The vote took place several weeks ahead of schedule because the current parliament is set to dissolve at the end of the week, ahead of an election planned for April 12.

Spain is the only existing NATO member that has not yet approved North Macedonia’s accession; its parliament is expected to hold a ratification vote in March. After Spain’s approval, the former Yugoslav republic will join NATO as its 30th member.

Joining NATO and the European Union has been a priority for the former Yugoslav republic's leaders, but a dispute with neighboring Greece over the country's name deterred progress for more than two decades.

North Macedonia previously was known as Macedonia, a name it shared with a Greek province. A 2017 deal with Greece to break the deadlock called for renaming the smaller and younger country North Macedonia. In return, Greece agreed to drop its objections to its neighbor's NATO and eventual EU membership. Greece was the first country to ratify North Macedonia’s accession to the western military alliance.