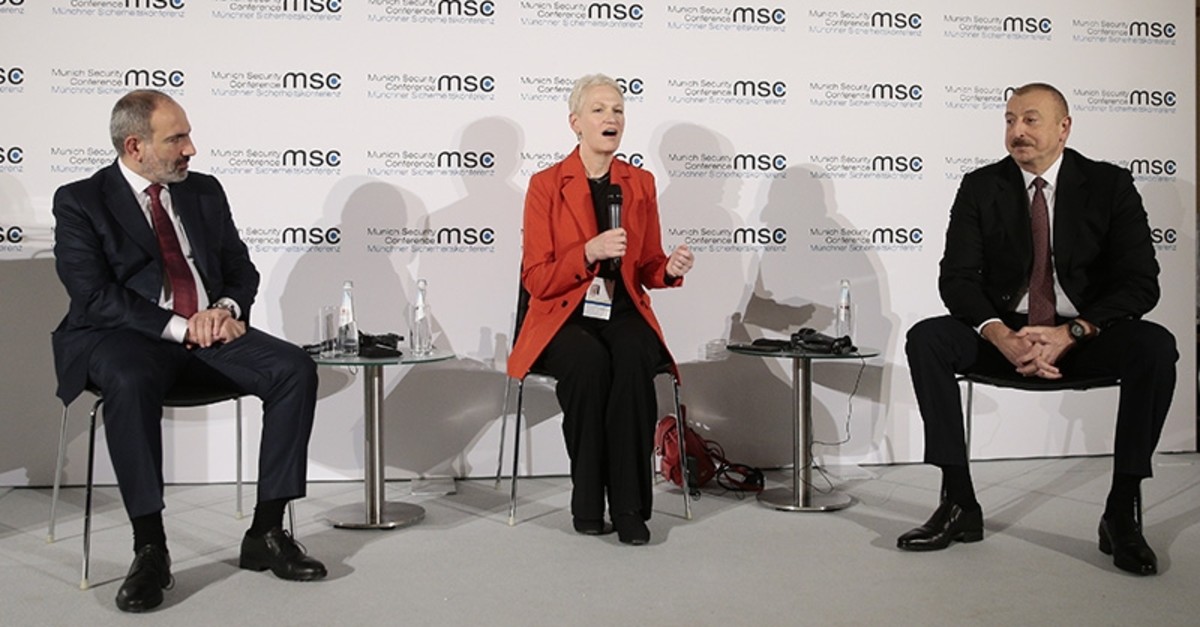 "It's clear that we need to resolve this conflict in phases. We cannot resolve it in one [...] day," Ilham Aliyev said at a session on Nagorno-Karabakh — along with Armenian Prime Minister Nikol Pashinian, during the 56th Munich Security Conference

"The first phase should be, as Russian proposal (suggested), liberation of part of the occupied territories, return of Azerbaijani IDPs to those territories, resettlement ... and in the meantime, the process of normalization of relations between Armenia and Azerbaijan," Aliyev said, adding the status of Nagorno-Karabakh can be discussed later.

For his part, Pashinian said there cannot be a military solution to the conflict in the region.

Four U.N. Security Council and two General Assembly resolutions, as well as decisions by many other international organizations, refer to this fact and demand withdrawal of the occupational Armenian forces from Nagorno-Karabakh and seven other occupied regions of Azerbaijan.

The Organization for Security and Co-operation in Europe (OSCE) Minsk Group — co-chaired by France, Russia and the U.S. — was formed to find a peaceful solution to the conflict but has not reached any results yet.