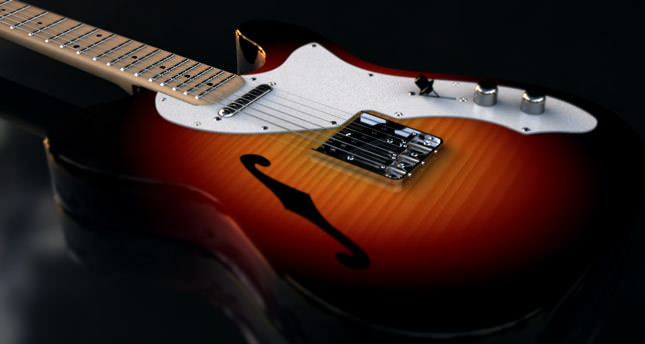 by Daily Sabah May 09, 2014 12:00 am
ISTANBUL — Akbank Sanat will welcome the critically acclaimed guitar duo Katona Twins and mezzosoprano Ezgi Saydam. Described by the Daily Telegraph as "the classical world's best known guitar duo," Peter and Zoltán Katona effortlessly move from strictly classical into more popular music. They have given recitals in major concert venues throughout the world including performances at Carnegie Hall, Wigmore Hall, the Concertgebouw in Amsterdam, the Konzerthaus in Vienna, Suntory Hall in Tokyo and the Philharmonie in Cologne. The twins have won over 10 international prizes at major competitions in New York, London, Germany, France and Hungary. The wide repertoire of the duo spans Bach to Astor Piazzolla's tango music to their own arrangements of pop classics. Their programs also include concertos for two guitars and orchestra by Rodrigo, Vivaldi, Piazzolla and Tedesco. Several contemporary composers have written for and dedicated works to the Katona Twins. The mezzo-soprano Ezgi Saydam studied singing and opera with Yıldız Dağdelen and Güzin Gürel at Mimar Sinan University State Conservatory.

She has also worked with Hanna Ludwig of the Salzburg Mozarteum, Carol Byers and James Pearson in Vienna and Ateş Orga at the Dr.
Erol Üçer Center for Advanced Musical Research, Istanbul Technical University.

In 1995 she appeared in the Istanbul Baroque Ensemble's tercentenary production of Purcell's "Dido and Aeneas." Later, at the 1997 International Istanbul Music Festival, she sang some of Beethoven's folk-song arrangements with the Istanbul Chamber Music Ensemble. The following year, under the auspices of the Austrian Cultural Institute, she marked the bicentenary of Schubert's birth, giving a Schubertiade with her father, pianist Ergican Saydam. In recent seasons she has sung Lieder throughout Germany, Austria and Switzerland, as well as giving many performances of Schumann's "Frauenliebe und Leben."

In the 2000-01 seasons, she made her London concert and CD début at St. John's Smith Square, as well as performances in Istanbul of Kamran İnce's "In White."

When: May 15
Where: Akbank Sanat, Beyoğlu