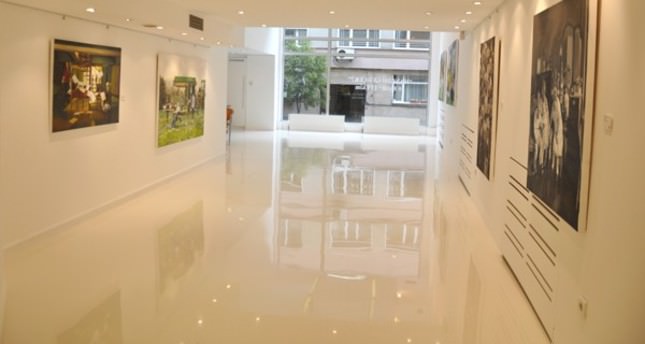 by Daily Sabah Jul 17, 2014 12:00 am
Established in Ankara 22 years ago, Gallery İlayda has been operating in Istanbul for the last 12 years. One of the leading art galleries in Turkey, Gallery Ilayda is now ready to meet with art lovers in Zorlu Center PSM. Being the new address of art in Istanbul, Zorlu Center PSM hosts a new exhibition with the cooperation of Gallery İlayda. The exhibition presents Özcan Uzkur, who creates works in plastic arts both in two and three dimensions. In his new exhibition "Genesis," Uzkur displays human beings' tragedy through anonymous bodies. In his recent exhibit Genesis, Özcan Uzkur, through his new works which would be considered as a sequel to his "Shithdeath" series (2012), reveals the drama of human beings. The artist introduces the traces of fighting each other through anonymous human bodies that are constructed by the artist both in two and three dimensions.

In Uzkur's works, fiber and blood come together in order to compose the body and break it up again. In an effort to build it up over and over again from its pieces, the bodies represent that humans have a wild nature which breaks up while trying to come together. The body dismantling at the moment of union utters an alienation from itself, perhaps not ever being complete again.

When: Until Aug. 3 Where: Zorlu Center Performing
Arts Center