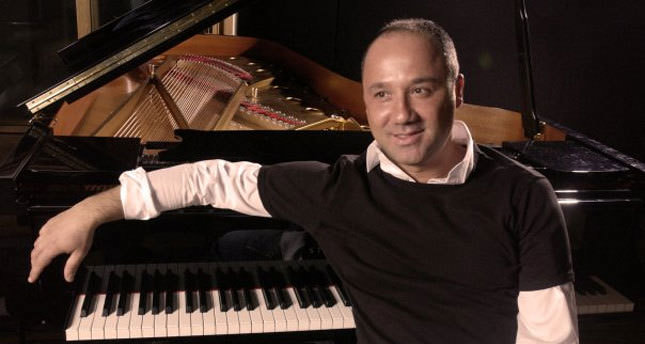 by Daily Sabah Jul 18, 2014 12:00 am
Burçİn Büke will perform in Alaçatı Open Air Theater as a part of Izmir Alaçatı Piano Festival on July 23. He gave his first public concert when he was 10 years old. Being successful in his "Wonder Child" exam in 1977, Büke took piano lectures from Mithat Fenmen and Gülay Uğurata while he studied theory and composition with İlhan Baran. In 1979, he successfully represented Turkey in the Sofia Music Festival in Bulgaria.

Büke graduated from Ankara State Conservatory in 1982, as he finished 11 years' worth of schooling in only five years. He later went to Germany to study at Hannover Music Academy on a state scholarship. In Hannover, he respectively worked with Prof.Ebert, Goetzke, Szidon, and Plagge.

Büke performed in the Hannover Neu Musik Festival as a performer and chamber music artist between 1984 -1987. In 1992, the artist passed from Hannover Music Academy's solo artist exam ranking first in his class. He also became first in International Lanciano Piano Competition and was granted awards by Craydon and Bilbao competitions.