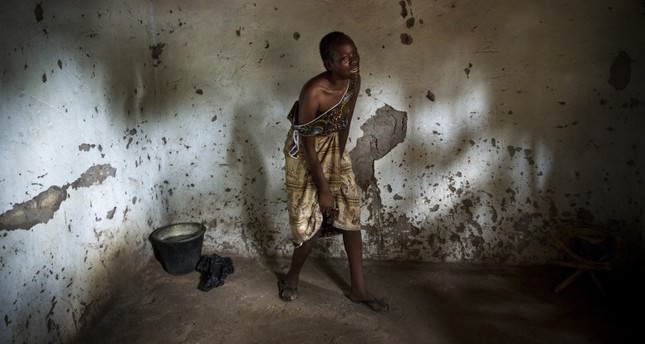 by Daily Sabah Aug 14, 2014 12:00 am
The 57th 'World Press Photo' exhibition features prints entered into the competition by photojournalists who "risked their lives" to capture their photos. One hundred and forty award-winning photos, which were selected from 98,671 submissions by 5,754 photographers from 132 countries by a jury of 19 people, will be exhibited until Sept. 2. Speaking at the opening ceremony, General Manager of the Forum Istanbul Shopping Center, Hakan Elmastas, said that Forum Istanbul wants to create value by serving the greater good of humanity.

Elmastas stated they are proud to host the exhibition for the sixth time, adding, "Forum Istanbul always cherishes art and artists [and] wants to contribute to visitors with its mission of [enhancing] values for humanity and developing them." Dutch Consul General Robert Schuddeboom said the exhibition focuses on freedom of expression.

He stated that as the Netherlands Consulate General in Istanbul, they are very proud to have been contributing to the exhibition for the last 10 years, adding, "Contributing to this exhibition is connected to our basic principle on foreign policy which is extending human rights throughout the world." Schuddeboom pointed out that photojournalists took these photos by risking their lives and submit them to people. "World Press Photo" Project Manager Jurre Jansses, on the other hand, said the photos at the exhibition give important messages on universal values. International photo artist Kerim Ökten who passed away recently was remembered during the opening ceremony of the exhibition. A selection of Ökten's lifetime works was displayed following the screening of a short video interview shot by Lefteris Pitarakis, Ökten's friend from the Associated Press. William Daniels, who won the second prize in the "General News" category, also attended the opening ceremony of the exhibition, hosted by Forum Istanbul.