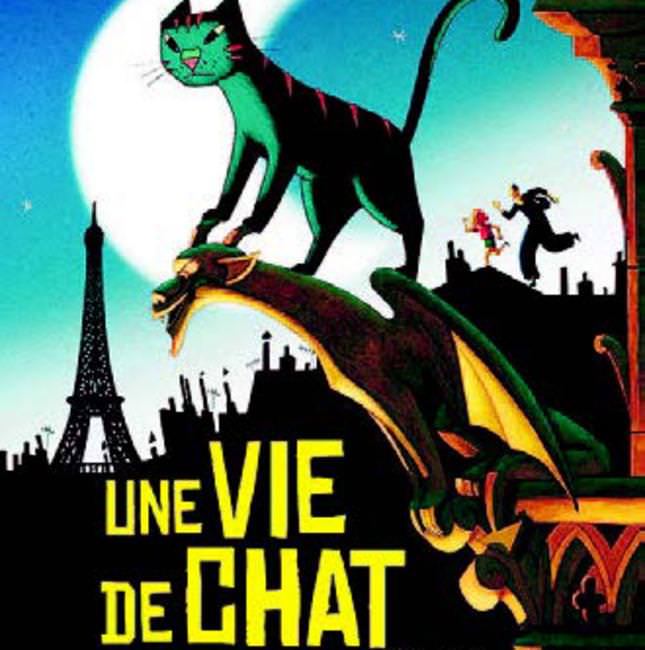 by Daily Sabah Oct 03, 2014 12:00 am
Co-organized by the French Cultural Institute in Turkey and the Animation Association, the second annual International Animation Days will take place at the French Cultural Institute in Taksim, Istanbul, from Oct. 13-16. During the event, several animated feature films will be screened for the first time in Turkey. The organization will offer 27 animated feature films during 12 sessions, a live performance and workshops to animation fans. The honored guest of this year's festival will be Jacques-Rémy Girerd, founder of Folimage Animation Studios and La Poudrière School of Animation. Girerd, who was nominated for an Academy Award, is known as the most productive French director, producer and educator.

This year's event will also commemorate Academy Award winner Norman McLaren who influenced artists such as Picasso, Truffaut and George Lucas and marked an era in the history of cinema. On the occasion of his 100th birthday, eight films, directed by contemporary directors in the memory of McLaren, will be screened within the scope of the festival. One of the biggest events of the festival, a live performance by NohLab, will take place on Oct. 14 at 8:00 p.m. in the memory of McLaren. The aim of the performance is to present the hybrid perception of sound and visual images using the real-time visual production software "NOS," which was developed by NohLab and Osman Koç, interlaced with a digital music composition produced by Eser Karaca to form an unforgettable audio-visual experience.

The other big event of the festival will be the screening of Girerd's "Tante Hilda" (Aunt Hilda), which will take place on Oct. 15 at 7:00 p.m. The animated feature film will be screened for the first time in Turkey with Turkish subtitles following a Q&A session with Jacques-Rémy Girerd. "Aunt Hilda" is an animated feature film that was made using traditional techniques. A total of 223 artists drew 1,320 scenes and 137,800 animations by hand. Computers were only used during the coloring process of the film. Although the theme of the film is serious, it is a comedy that does not lecture the audience. The film is about nature lover Aunt Hilda who grows thousands of plants in her plant museum. Meanwhile, an industrial cooperation produces a new cereal, Attilem, which can grow without fertilizer and does not need much water. Attilem grows quickly and abundantly, and people begin to think that it will be able to end world hunger; however, the destruction is near.

The second annual International Animation Days will be free of charge for students during special sessions. The ticket, which allows participants to attend every event of the festival, is only TL 10 ($4.40).

The French Cultural Institute in Turkey is part of a larger network of nearly 100 French culture organizations around the world that are affiliated with France's Ministry of Foreign and European Union Affairs. French language instruction, educational collaborations, libraries and culture and art events are some of the operational areas of these institutes. The French Cultural Institute teaches French to over 7,000 people annually.