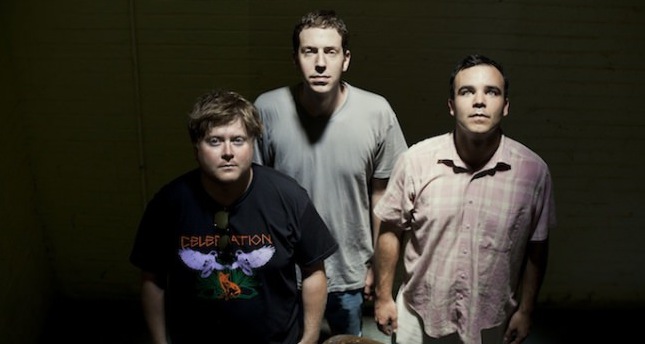 by Daily Sabah Oct 04, 2014 12:00 am
U.S.-based band Future Islands will be performing at the Istanbul Salon music hall on Oct. 10. Formed in 2006 the band members are Gerrit Welmers, William Cashion and Samuel T. Herring. The Baltimore trio released its first extended play "Little Advances" in 2006. In March 2014 the band released their new album "Singles." Istanbul's vampire unveils second art exhibition Istanbul's own "Count Dracula," AKA Giovanni Scognamillo, is displaying his second exhibition of vampire paintings at the Selfestate gallery until the end of October. Scognamillo, 85, has been writing and researching vampires for decades. He has been drawing in his own style since he was seven years old. By day an artist and cinema-history writer, by night, Scognamillo - with his long, tapered black nails - is a self-described "vampire."