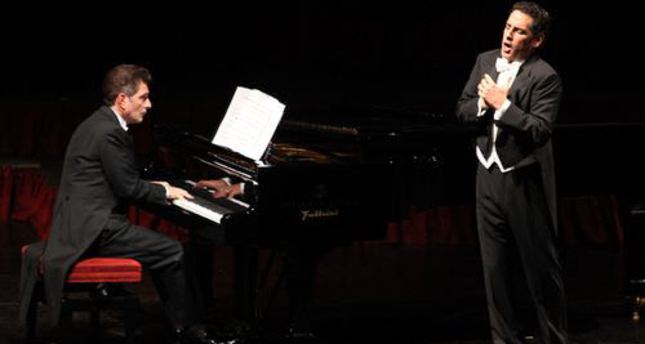 by Daily Sabah Oct 04, 2014 12:00 am
Peruvian tenor Florez to perform in Istanbul Borusan Istanbul Philharmonic Orchestra will begin its new season on October 9, bringing world-famous music virtuosos to Istanbul's Lütfi Kirdar Convention and Exhibition Center. Peruvian tenor Juan Diego Florez will perform at the orchestra's first concert of the season. Regarded as the "bel canto - beautiful singing" tenor of choice for many, Florez was awarded his country's highest decoration, the Order of the Sun, in 2007. Florez will be accompanied by soloists such as Miah Persson, Ian Bostridge, Ufuk and Bahar Quartet, Arcadi Volodos, Michel Camilo, Bryn Terfel, Julian Rachlin and Latonia Moore. Vienna-born Sascha Goetzel will conduct the opening concert. Arias by French composers Georges Bizet, Leo Delibes, Jules Massenet, Hector Berlioz and Italy's Gaetano Donizetti will be performed during the evening.