An unforgettable evening with Chris Botti 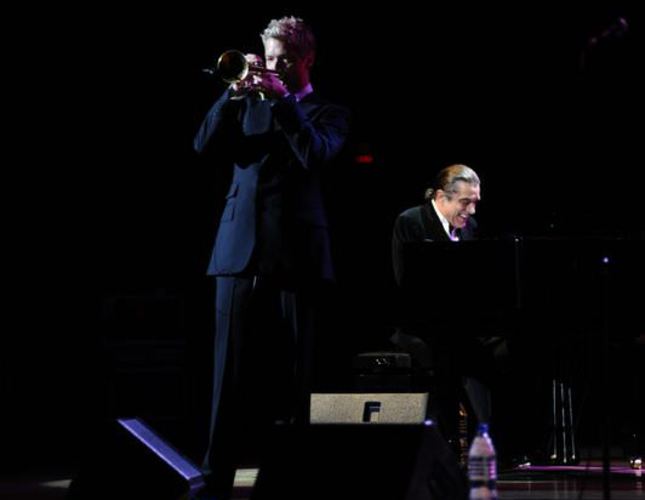 by Daily Sabah Oct 09, 2014 12:00 am
Born 1962 in Oregon, famous instrumental jazz trumpeter and composer Chris Botti started playing the trumpet at the age of 10. He attended Indiana University, but left in his senior year to join Frank Sinatra's band. Under the guidance of master producers such as Arif Mardin, Botti emerged as a talented pop session player. He is generally compared to Miles Davis and Chet Baker for his minimalist improvisation skills and stage performance. In 1995, Botti released his first solo album "First Wish." His debut album has been followed by ten others so far. His three albums ranked first on the Billboard jazz albums chart. Over the past three decades, Botti performed live with the world's best musicians including Frank Sinatra, Sting, Josh Groban, Andrea Bocelli, Paul Simon, Joshua Bell, Joni Mitchell, John Mayer, Michael Buble and Aerosmith's vocalist Steven Tyler. He will perform his latest album "Impressions," which won the Grammy for Best Pop Instrumental Album, at the CRR stage.