Paintings made in kitchen by Ercan Ayçiçek 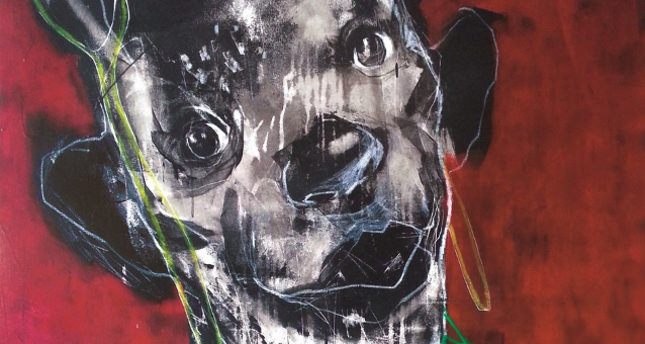 by Daily Sabah Oct 21, 2014 12:00 am
Gallery Soyut is hosting Ercan Ayçiçek's painting exhibition titled "KITCHEN" until Oct. 30 at Hall A. The exhibition is called "KITCHEN" because the artist produced all of the works displayed at the exhibition in the kitchen of an empty apartment, as kitchens are often the most productive places in our living spaces.

Ayçiçek was born in 1974, and he grew up listening to Sunday morning concerts, watching American and Western movies, Japanese cartoons and staring at İznik pottery on TV for half an hour. He also experienced sophisticated cellphones and a degenerated culture that forces people to announce where they are and what they eat. In his exhibition, Ayçiçek tries to push the limits of charcoal to produce different forms and patterns by overlapping deformed people and animal figures.