Istanbul celebrates Republic Day with Tarkan along the Bosporus 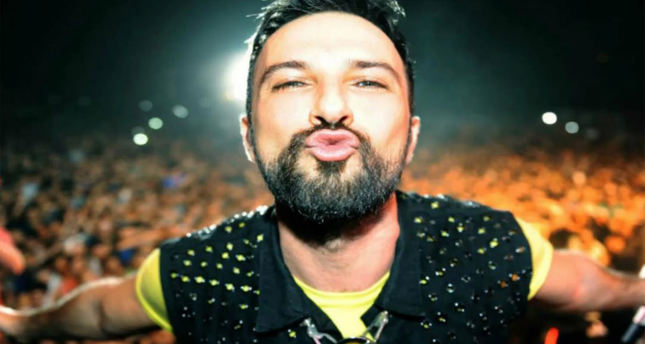 by Daily Sabah Oct 29, 2014 12:00 am
The Bosporus will once again host the celebrations of the proclamation of the Republic. The Istanbul Metropolitan Municipality, which organizes flamboyant celebrations and fireworks every year, will present a performance by Tarkan to celebrate the 91st anniversary of the founding of the Turkish Republic. The festivities will start at 7:00 p.m. with light shows, Istanbul Metropolitan Municipality Mayor Kadir Topbaş, will commence the firework show at 7:30 p.m. at Ortaköy Square. Tarkan's free public concert will take place at the Beşiktaş Dolmabahçe festival area at 9:00 p.m. Istanbulites will get a chance to listen to Tarkan and share the joy of Republic Day. Every Oct. 29, tens of thousands of people from other cities and the different districts of Istanbul as well as foreign tourists gather along the Bosporus to celebrate. This year, officials expect an enormous crowd due to Tarkan's concert. People will come together at the Bosporus to watch both the fireworks and Tarkan to celebrate the 91st anniversary of the Turkish Republic.