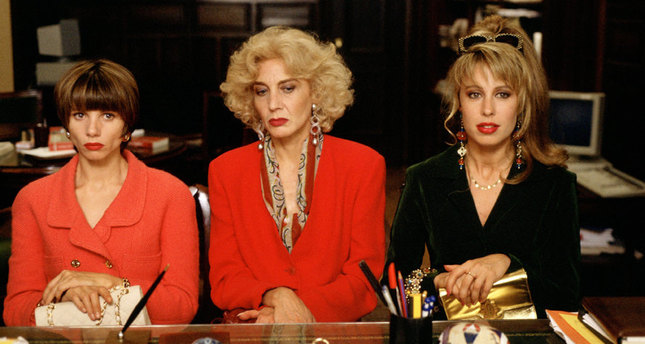 by daily sabah
Nov 09, 2014 12:00 am
Running concurrently with the Joan Miro exhibition "Women, Birds, Stars," SU Sakıp Sabancı Museum is introducing masterpieces of Spanish cinema by acclaimed directors. This week, "Tacones Lejanos" (High Heels) by Spanish director Pedro Almodovar will be screened. Regarded as one of the most influential directors and scriptwriters of his time, Almodovar became famous with his film, "La Movida Madrilena" (The Madrilenian Scene), and received critical acclaim at prestigious film festivals. He has won two Academy Awards and five BAFTA awards along with several honors at the Cannes Film Festival. "Tacones Lejanos" depicts the broken relationship between a mother and a daughter. The mother returns to her daughter after 15 years and finds out she has married one of her ex-boyfriend, forcing them into soul searching as they attempt to fix their relationship. Almodovar cleverly uses popular songs in his film to drive the plot. Starring Victoria Abril and Miguel Bose, the film will be shown with Turkish subtitles and is free of charge.