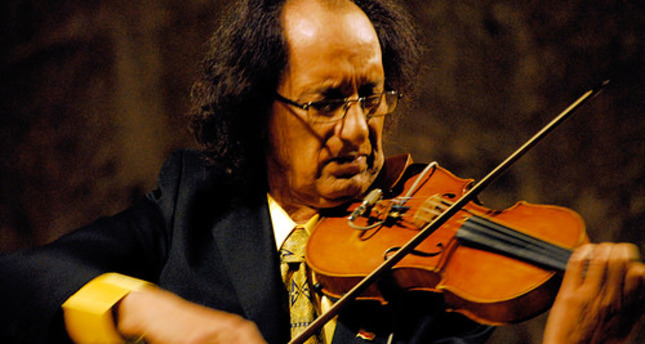 by daily sabah
Nov 21, 2014 12:00 am
Farid Farjad, one of the world's most prestigious violin virtuosos, will perform at Istanbul's Zorlu Center PSM on Dec. 6. The Iranian-American musician is described as "the man who makes the violin cry" among his Turkish fans, and tickets sell out weeks prior to his concerts in Turkey as Farjad has a huge Turkish fan base. Moreover, his compositions have been heavily influenced by Turkish rhythms. He received his master's degree in classical music at the Tehran Music Conservatory in 1966, and Farjad later performed as the first violin at the Tehran Symphony Orchestra. He has excelled in Persian music and has Western classical music compositions, which also had an important role on the development of Persian music. The lauded musician released a series of five albums: "An Roozha I," "An Roozha II," "An Roozha III," "An Roozha IV" and "An Roozha V." His compositions were also included in a collated album titled "Golha Orchestra." Concert tickets are available at Biletix.