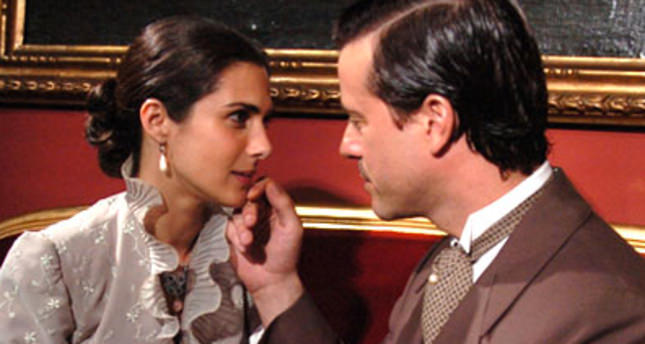 by daily sabah Nov 26, 2014 12:00 am
Director Augusto Tamayo's 2007 film "Una Sombra Al Frente" (Crossing a Shadow) will be screened on Nov. 29 at Akbank Sanat. The Akbank Sanat film sessions is screening fine examples of Peru's emerging cinema scene. The event, which is being organized in collaboration with the Embassy of Peru in Turkey, the Chamber of Commerce of Peru and the Istanbul Cervantes Institute, offers a golden opportunity to film lovers to familiarize themselves with the cinema cultures of different geographies, new actors and directors. "Una Sombra Al Frente" recounts the story of highway engineer Enrique Aet who builds roads to connect the inaccessible areas of Peru's Amazon rainforest. Encouraged by the positive spirit that dominated Peru in the beginning of 20th century, Aet will encounter unparalleled emotional distress and family drama when he returns to Lima, however. Diego Bertie, Vanessa Saba and Dario Abad star in the film.