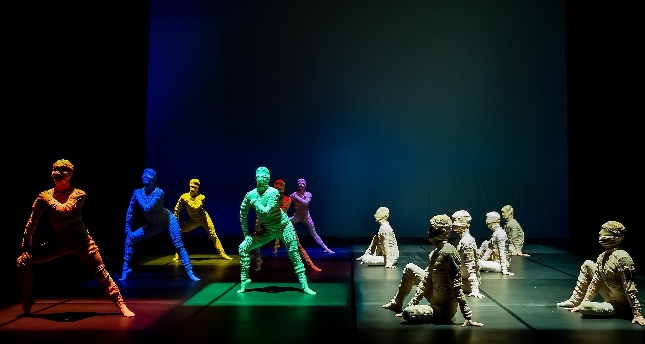 by Daily Sabah Dec 26, 2014 12:00 am
Famous French choreographer Stephen Delattre's modern dance show "The Art of Expression" will be performed by the Ankara State Opera and Ballet company on Friday at 8:00 p.m. at the Ankara Opera House. The performance will present a visual feast with its lighting, design and costumes. Delattre's work addresses the relationship between artists and critics in a unique way, which breaks the common perceptions. His shows have been performed in France, Germany, Japan, South Korea, Poland, the U.K. and China, and Danceforyou Magazine nominated him for the Best Young Choreographer of 2007 award in 2008. He choreographed "Rain in Her Dark Eyes," which launched its world premiere at the Bolshoi Theater in Moscow. Since 2012, Delattre, who began his choreography career at the age of 13, is working as the artistic director of the Stephen Delattre Dance Company and is a choreographer at the Mainzer Kammerspiele Theater.