Hugh Jackman to return to Istanbul in May 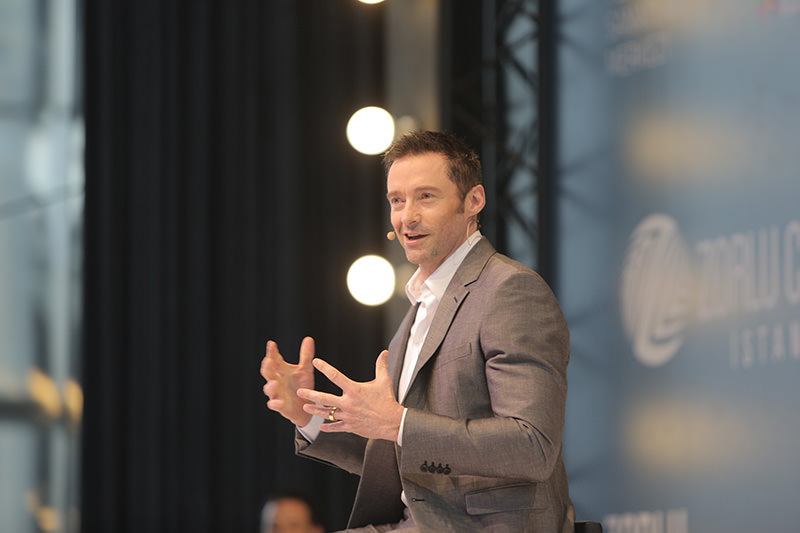 | DHA Photo
by Daily Sabah with AA Apr 01, 2015 12:00 am
The famous Broadway star Hugh Jackman is returning to Istanbul to perform his show, "An Evening with Hugh Jackman", having been forced to cancel his original March dates due to illness.

Jackman came to Turkey and performed the first show on March 17 but he was unable to complete the remaining shows that were scheduled for March 18-20 due to a vocal hemorrhage.

It was announced on Wednesday that the famous actor will now perform his show in Zorlu Center Performing Arts Centre on May 30-31 and June 1.

In his first show in Istanbul, Jackman was accompanied by a 32-person orchestra and a dance group. The audience greatly admired the two and a half hour show of music and dance.
Last Update: Apr 01, 2015 5:03 pm
RELATED TOPICS