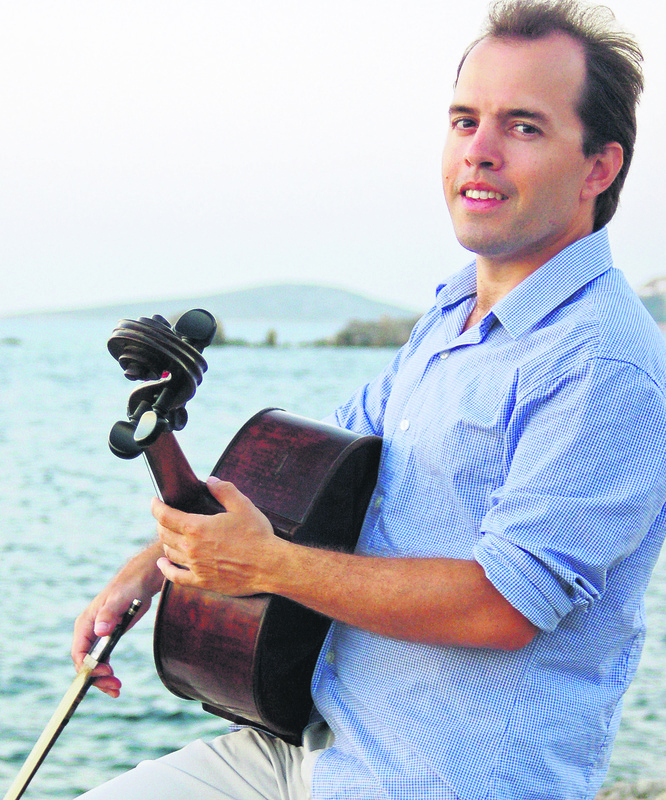 by daily sabah Apr 06, 2015 12:00 am
Cellist Efe Baltacıgil, one of Turkey's most successful classical musicians, will perform with the Philharmonia Quartet Berlin, labeled the "best quartet" by the British press, at İş Sanat. Acclaimed by famous violin virtuoso Yehudi Menuhin, the quartet was founded by several string maestros of the Berlin Philharmonic Orchestra in 1984. The ensemble that is applauded by music authorities and music lovers with their international concert schedule and rich discography, have been granted the German Record Critics' Award, the Argentine Critics' Award and two ECHO Klassik Awards so far. Baltacıgil, who will accompany the Quartet with his perfect chords and music quality, has been the maestro of the Seattle Symphony Orchestra since 2011. The artist has collaborated with master musicians such as Christoph Eschenbach, Yo-Yo Ma, Itzhak Perlman and Pinchas Zukerman, which has strengthened his success along with a performance at Carnegie Hall in New York with the New York Youth Orchestra in 2006 and the Berlin Philharmonic Orchestra under the baton of Sir Simon Rattle in 2012. During the concert at İş Sanat, Baltacıgil will perform the works of Ravel, Mendelssohn and Schubert.