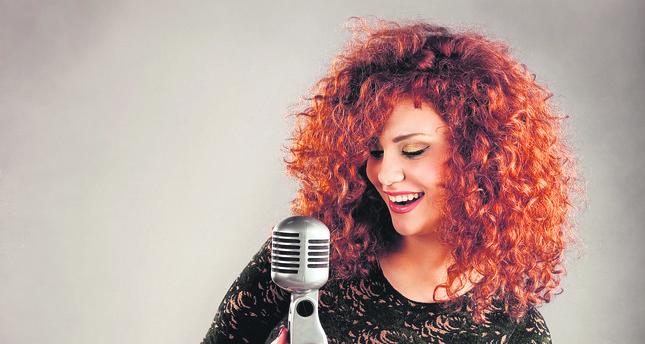 by daily sabah Apr 13, 2015 12:00 am
Syrian Lena Chamamyan, one of the most beloved artists in the Middle East thanks to her famous voice, is coming to Istanbul on May 15 as part of the sixth edition of the Avea Extraordinary Music Concerts. Seen as one of the most influential 500 people in the Arab world, the Armenian-origin Syrian artist has a repertoire mixed with jazz and classical Armenian music. Chamamyan, whose father is from Turkey's Kahramanmaraş and mother is from Mardin, moved to Paris when the war broke out in Syria. Stating that her music is the echo of her experiences, the artist claims that her music is based on Armenian melodies. The artist, who studied jazz and ethnic Armenian music as well as classical eastern music, points to Sufi, Indian and Turkish Folk Music as her favorite genres.

Starting her musical career with a concert she gave at the age of 5, Chamamyan won the Cultural Resource Award of Egypt and Radio Monte Carlo's The Middle East Award with her debut album "Hal Asmar Ellon," which hit the shelves in 2006. She was awarded five stars in the "World Music Artist" category by the Austrian press in 2008 and was chosen from among the 500 most influential people in Arab World by Arabian Business magazine in 2011. Chamamyan, who writes the lyrics and produces the music as well as singing, has three studio albums titled "Hal Asmar Ellon" (2006), "Shamat" (2007) and "Ghazal El-Banat" (2013). The tickets for the concert can be purchased at Biletix counters and on www.biletix.com.