Flamenco fire to light up Istanbul 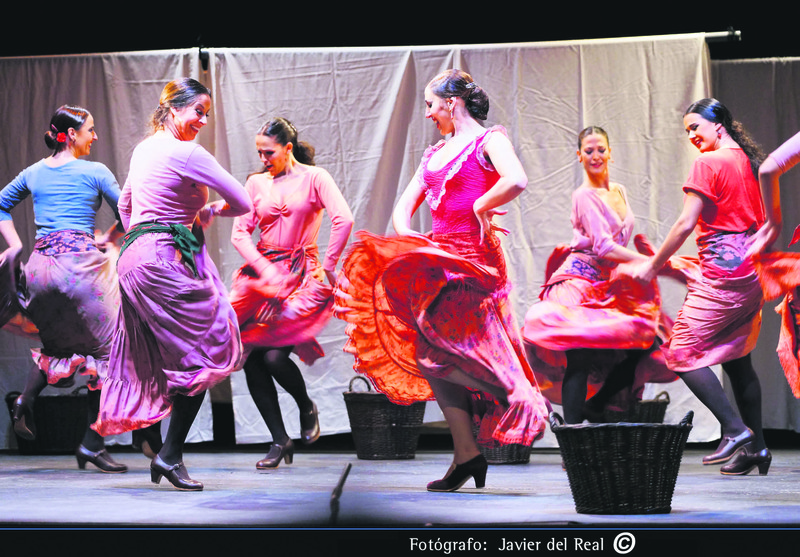 The Antonio Gades Company will perform in Istanbul on May 17 as part of its "Fuego" world tour. Under the artistic direction of Stella Arauzo, who shared the stage with Antonio Gades, one of the most famous flamenco dancers and choreographers of all time, the renowned troupe will bring Spanish culture and tradition and aesthetics to the Cemal Reşit Rey Concert Hall (CRR).

Prior to his death in 2004, Gades formed a foundation to keep Spanish dance and his choreography alive around the world. He became a legendary name for his dance interpretations of Prosper Merimee's "Carmen" and Frederico Garcia's tragedy "Blood Wedding." The Antonio Gades Company has marked its name on unforgettable performances during its world tours. They perform "Carmen," "Blood Wedding" and "Suite Flamenca," an eight-part traditional flamenco dance. Aside from these, the dance group also performs "Fuego," ballet choreography by Antonio Gades. "Fuego" made its debut at the Teatro de Chatelet in Paris in 1989. After 25 years, the eight-part classical flamenco dance performance was brought to the stage in Madrid and now continues to enchant audiences around the world. "Fuego" made its world premiere in the early 1990s. The ballet performance came out during Spanish director Carlos Saura's third film after "Bodas de Sangre" and "Carmen." Inspired by Manuel de Falla's immortal work "El Amor Brujo," Saura worked with Antonio Gades during the film's production process. Antonio Gades Company will be on stage under the technical directorship of Dominique You, the group's right-hand man and lighting head for many years. Daily Sabah conducted an interview with Eugenia Eiriz, the director of the Antonio Gades Foundation.

DAILY SABAH: The show "Fuego" is a kind of challenge, like another version of the Manuel de Falla's ballet "Enchanted Love." How do you describe the inspiration of his work on flamenco?

Eugenia Eiriz: This ballet is inspired by one of the best known scores in Spanish music, "Love the Magician" by Manuel de Falla. Falla lived in Granada. Very much in touch with Gypsy flamenco traditions, especially el Sacromonte, a Spanish-Gypsy settlement located opposite the Alhambra. It was created at the request of Pastora Imperio, a legendary flamenco dancer from the beginning of the 20th century, and was also Pastora who helped him with the transcription of these ancient flamenco rhythms and legends to classical music.

D.S: As the show "Fuego" takes on a famous work with a flamenco attitude how would you compare the aesthetics of ballet and flamenco?

Eiriz: Obviously all Spanish dance is mostly inspired by flamenco and the other way around, therefore you always find aspects in both. It is true, however, that Spanish dance is always choreography, mainly when you hear the orchestral music, you can consider it Spanish dance, but when you hear the singers and a guitarist on stage, that is flamenco. The thing is that even the flamenco parts need to be choreographed, so therefore, here it is very difficult to draw a line.

D.S: The show was also the last of the joint mythical flamenco works by Gades and Saura. How would you define Gades's look at Saura's approach in his movies?

Eiriz: Gades and Saura always said, "We put 200 percent of each of us." And it is a product with a certain aura. Maybe in the way scenes mix within each other, the light, and a specific way of presentation.

D.S: The Antonio Gades Company keeps Gades's legendary spirit alive on stage. How do you describe his language in Spanish dance?

Eiriz: He used to say, "Dance is not in the step, but between step and step." It is very important for us to make dancers realize that dance is about life, the more you feel your life with experiences, good, bad, intellectual knowledge, the more you learn, the more you study, the more you read, the more museums you get to visit on your travels, the richer your creation and your dance will be.

D.S: You run the company as Gades's life partner under the presidency of Gades's daughter Maria Esteve. Is that sometimes hard, emotionally, trying to keep his legacy?

Eiriz: Well, I run the foundation and Maria is the president of the foundation. We count on the best team we can count on. People who have been working with Antonio are willing to transmit a heritage we all want to share. The most important thing is that we all admire Gades, we are proud of our country's tradition, and history of the costumes and history of the many countries that have mixed together in this piece of earth in the middle of Europe, America and Africa.

D.S: Trying to keep Gades's legacy, you also set up a successful educational program for youth. How do you feel about new generations' interest in Spanish dance?

Eiriz: I believe dance to be one of our most important ambassadors. People around the world know Spain because of our music and our dance. We must be proud of this, take care of it as a beautiful and valuable heritage from our ancestors. I want to help young people to learn this, to be a part of it, to teach them to take care of their things, want to learn more to be able to be a better person and to live a better life

D.S: How many dancers will be on stage for the show in Istanbul and will it be an energetic show?

Eiriz: There will be some 27 artists, dancers, singers and guitarist, and you will see they are all part of the scene. You will see a village leaving, celebrating life, death and very good artists such as La Bronce, a Gypsy woman who plays the role of the magician of the village and who is the kind of artist we rarely we see nowadays. And of course Miguel Lara and Mara Jose Lopez, Enrique Pantoja, Jacob Guerrero and others.
Last Update: May 15, 2015 9:44 pm
RELATED TOPICS