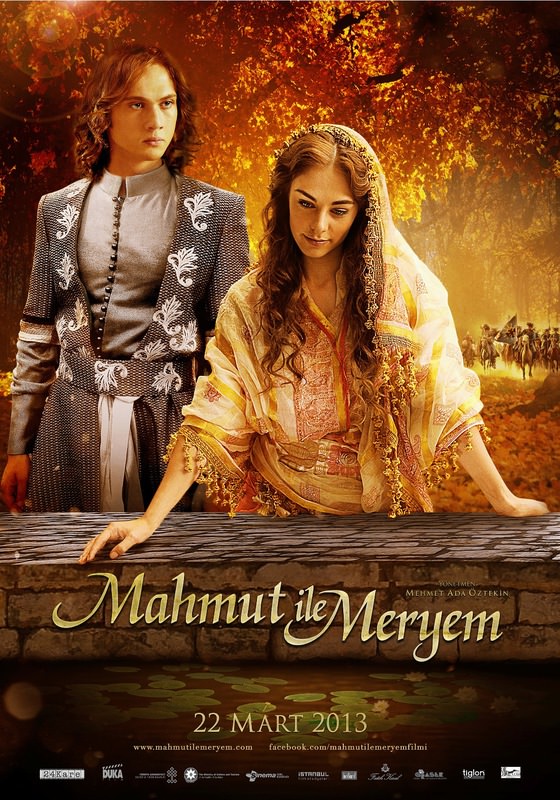 by Daily Sabah May 20, 2015 12:00 am
Organized for the fourth time in the Croatian capital Zagreb, Turkish Film Week launched with the screening of director Mehmet Ada Öztekin's film "Mahmut and Meryem." The event's opening ceremony, held in collaboration with the Croatian Ministry of Culture and Tourism, Yunus Emre Institute and Croat-Turk Friendship Association, took place at the Europe Cinema Hall in Zagreb. The ceremony was overseen by Croatian Deputy Minister of Culture and Tourism Alen Kaymovic, Turkey's ambassador to Zagreb, Ahmet Tuta; president of the Croat-Turk Friendship Association; Goran Beus Richemberg and cinema lovers. Speaking at the ceremony, Tuta said Turkish Film Week is now a tradition in Zagreb and expressed his happiness about Croatians' interest in Turkish culture. "Cinema is one of the best ways to learn more about a culture. When you watch the films you will feel common emotions and see similar experiences," Tuta said. Kaymovic said the event is one of the benefits of the cultural cooperation agreement signed between the country's ministries of culture of tourism. Turkish Film Week, which will continue until May 24, will feature many Turkish films including "Çanakkale: Yolun Sonu" (Gallipoli: The End of the Road), "120," "Can" (Life), "Aşk Tesadüfleri Sever" (Love Likes Coincidences), "Yozgat Blues" and "Son Mektup" (Last Letter). Following the event in Zagreb, Turkish films will be screened in other Croatian cities.