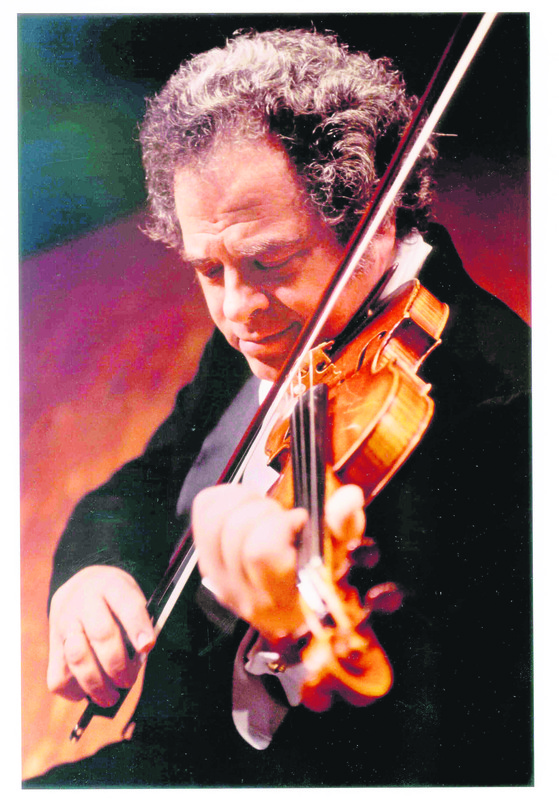 by Daily Sabah May 27, 2015 12:00 am
One of the most important violin virtuosos of the 20th and 21st centuries, Itzhak Perlman, will perform at the Zorlu Performing Arts Center (PSM) today. Like his two previous concerts in Turkey, Perlman attracts big interest every time he performs in different countries and his concert tickets are sold out months beforehand. Also known for his compositions for the soundtrack for "Schindler's List," Perlman will perform on the Soil Stradivarius violin, an antique violin that is thought to be the best one made by Antonio Stradivari and belonged to American-born violinist Yehudi Menuhin. The violin is worth more than $20 million.

Perlman has won five Grammy Awards in the categories such as "Best Instrumental Soloist Performance" and "Best Chamber Music." He has honorary degrees from prestigious universities like Harvard, Yale, Roosevelt University in Chicago, Yeshiva University, the Hebrew University of Jerusalem and Brandeis.

Born in Tel Aviv, then in the British Mandate of Palestine, in 1945, Israeli-American violinist Itzhak Perlman first became interested in violin when he was listening to classical music on the radio. He contracted polio when he was 4 years old. Although he did not recover fully, he learned how to walk with crutches and did not let his disability hinder his desire to learn how to play the violin. Before he moved to the U.S. to study with senior violinist Ivan Galamian and his assistant Dorothy Delay at Juilliard, he was given courses by Rivka Goldgart at the Shulamit Conservatory and the Academy of Music, both of which are located in Tel Aviv.

On May 7, 2007, Perlman gave a performance at a state dinner overseen by Queen Elizabeth II. Less than two years later, he performed John William's "Air" with cellist Yo-Yo Ma, pianist Gabriela Montero and clarinetist Anthony McGill at U.S. President Barack Obama's inauguration. In recent years, has Perlman began conducting as well. He was named the principal guest conductor of the Detroit Symphony Orchestra and he was the music advisor to the St. Louis Symphony Orchestra from 2002 to 2004. In November 2007 he became the artistic director and principal conductor of the Westchester Philharmonic Orchestra. In October 2008, the legendary violinist gave his first concerts in these roles with the all-Beethoven program featuring Leon Fleisher performing Beethoven's "Piano Concerto No. 5."

The acclaimed violinist currently lives in New York with his wife.