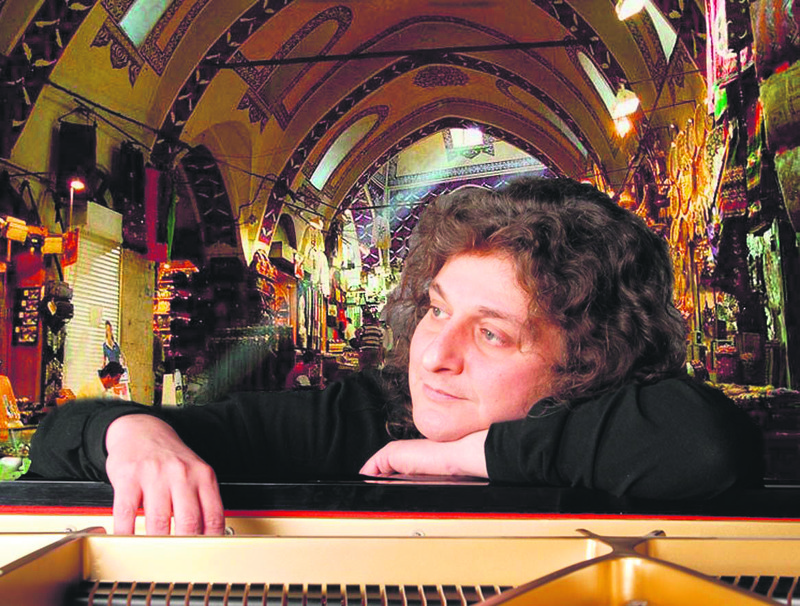 by Daily Sabah Jun 09, 2015 12:00 am
Accomplished piano virtuoso Tuluyhan Uğurlu will perform this week in Mongolia's capital Ulaan Baatar as part of "Turkish Cultural Days" organized by Turkey's Embassy in Ulaan Baatar. He will perform "Güneş Ülke Anadolu" (Anatolia: The Sun Land), which narrates Anatolia's 10,000-year- history at the Mongolia Opera and Ballet Hall. At the beginning of the concert, he will share the stage with 5-year-old Mongolian pianist Nandin Otgonbayar. Mongolian media have said, "It is an interesting surprise to welcome a Turkish musician who bears the name of Mongolia's sublime emperor Genghis Khan's son Tolui Khan." Uğurlu also expressed his excitement for the concert. "Following the traces of common history between the Turks and Mongolians began in Central Asia, breathing Central Asia's moorland and touching history through the Orkhon Inscriptions makes me feel inexpressible excitement," he said. Uğurlu added that he has been playing the piano since he was a little boy. "The little pianist who I am going to share the stage with reminds me of my childhood. I am really excited to meet him," he said.

Where: Mongolian Theatre of Opera and Ballet
RELATED TOPICS