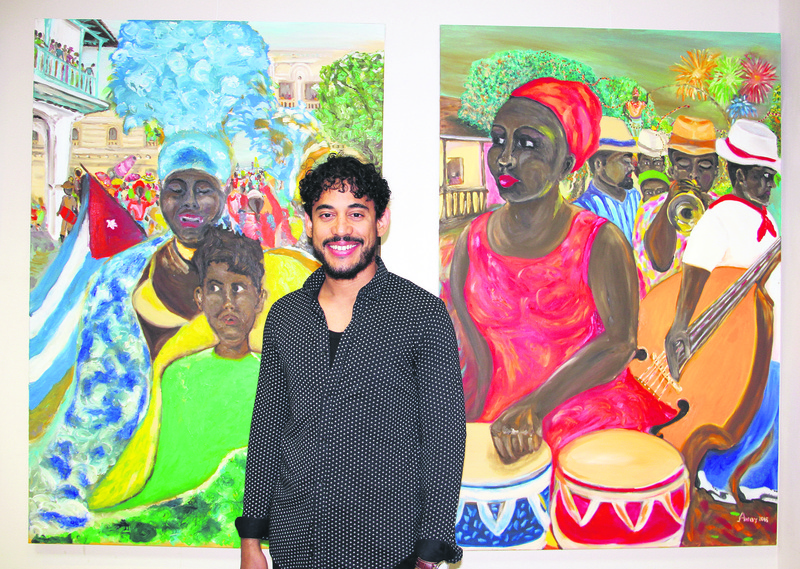 by Daily Sabah Jun 10, 2015 12:00 am
Cuban painter and musician Andy Cano's exhibition opened at the Venüs Art Gallery in Istanbul's Göztepe district this week. During the opening ceremony, Cano told an Anadolu Agency reporter that he mostly depicts his homeland Cuba, which he misses very much, in his paintings. Cano said Turks resemble Cubans, as they are also very entertaining and cheerful people. Living in Turkey since 2010, Cano said he wants to open more solo exhibitions here. He will introduce new exhibitions to art lovers toward the end of summer. "Most of my paintings have similar themes such as carnivals, vivacious colors and old American cars. These are what Cubans see in their daily lives," he said. Born in 1982, Cano has performed at national and international festivals with his group Los Chicos del Barrio, which he founded when he was only 9-years-old. During a UNESCO-sponsored European tour in 2000, Cano realized his interest in painting when he was at Montmartre, a large hill known for its many artists in Paris. He opened his first Istanbul exhibition in 2011. Portraying his memoirs in Cuba, the exhibition features 30 paintings and will run until June 19.