Moscow Soloists to offer a joy for the ears in Istanbul 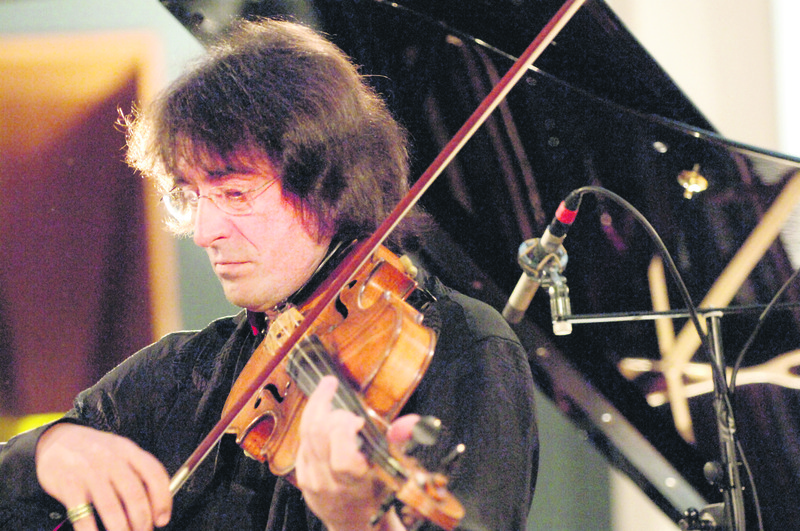 by Daily Sabah Jun 18, 2015 12:00 am
Yuri Bashmet and Daniil Trifonov will share the stage on June 22 with the Moscow Soloists Chamber Orchestra, which has performed in more than 50 countries on five different continents. Called one of the best chamber music ensembles in the world, the Moscow Soloists Chamber Orchestra has performed in the most prestigious venues in the world such as Carnegie Hall, Barbican Hall, Musikverein and Concertgebouw and has shared the stage with legendary figures of classical music. The ensemble also won a Grammy Award in 2007 for their album featuring the works of Stravinsky and Prokofiev. The group's founder, Bashmet, has been called "the best living musician in the world" by Time magazine, and he became a source of inspiration for such prominent musicians as Alfred Schnittke and Sofia Gubaidulina. Bashmet is a rare musician who is able to present new talents thanks to his strong personality, his musical capacity and intellect. Born in 1990, Trifonov, known for outstanding performances, musical intuition and the intense emotional expression, made a name for himself after winning awards and being praised by Martha Argerich. He has performed at such esteemed venues as Carnegie Hall, Wigmore, the Queen Elizabeth, the Louvre Auditorium and Zürih Tonhalle, and shared the stage with some of the biggest orchestras in the world of classical music, including the Berlin Philharmonic, Vienna Philharmonic, London Symphony, New York Philharmonic, Mariinsky Orchestra and Israel Philharmonic. You will not want to miss this concert.