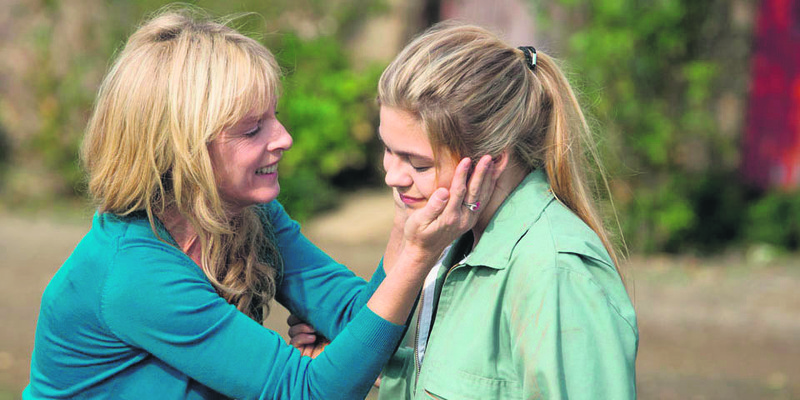 As the only member of her family without a hearing problem, Paula, 16, has to translate using sign language every day for her deaf parents. When her father decides to run for mayor of their town, he needs his daughter more than ever. However, Paula's music teacher discovers her talent and beautiful voice and encourages her to sit for the entrance exam of an elite vocal choir in Paris. Paula, who is ears and mouth of her parents to the outside world, experiences a painful dilemma. Directed by Eric Lartigau, the drama-comedy stars Karin Viard, François Damiens, Eric Elmosnino and Louane Emera

Starring Grigoriy Fesenko, Yana Novikova, Rosa Babiy and Alexander Dsiadevich, this Ukrainian production was directed by Miroslav Slaboshpitsky. The film, which features no audio or subtitles, tells the story of a young boy who studies in a boarding school for the deaf and mute. The film premiered at the Cannes Film Festival in 2014 where it won three awards.

Three brothers, Lea, Adrien and Theo, who were born deaf, do not know anything about their grandfather due to a family quarrel that happened many years before. One summer, they travel to Provence to meet their grandfather and spend the summer with him. However, the holiday turns out to be a disaster, especially after their father announces he is divorcing their mother and leaving the house. Starring Jean Reno, Anna Galiena and Chloe Jouanne, the French drama "Avis de Mistral" was directed by Rose Bosch.

Starring Daniel Radcliffe and Juno Temple, "Horns" was directed by Alexandre Aja. The thriller focuses on Iggy whose longtime girlfriend was murdered. After the murder, Iggy begins growing two horns, which convinces everyone living in their small town that he is the murderer. The film was adapted from the namesake novel by Joe Hill.

Kate Abbot is assigned to the U.S. Embassy in London and is tasked with stopping terrorists from entering the U.S. However, everything turns upside down and Kate is blamed for the casualties. Discredited, she is forced to go on the run while she tries to clear her name and stop a large-scale terrorist attack set for New Year's Eve in New York's Times Square. Starring Milla Jovovich, Pierce Brosnan, Dylan Mcdermott and Angela Bassett, the action film was directed by James McTeigue.

Directed by Pete Docter, "Inside Out" is Pixar's newest animated film. The life of protagonist Riley turns upside down when her father takes a new job in San Francisco. Guided literally by her emotions, Riley takes advice from them, which exist at the Headquarters inside her head. As Riley and her emotions struggle to adjust to a new life in San Francisco, turmoil ensues in the Headquarters.
Last Update: Jun 19, 2015 8:24 pm
RELATED TOPICS