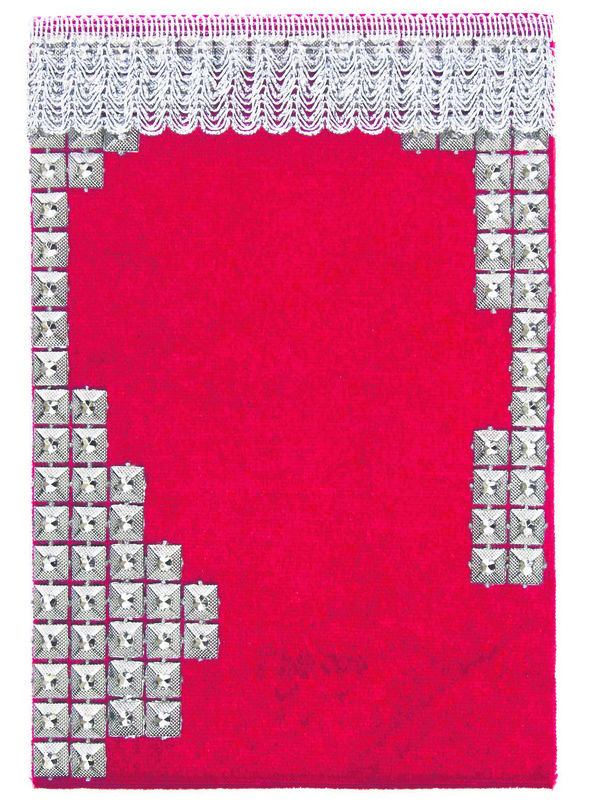 by Daily Sabah Jun 22, 2015 12:00 am
Iranian artist Saeed Ensafi opened his first solo exhibition in Turkey at Pi Artworks Istanbul on June 17. His latest exhibition, "Love, Hate and Edit," will be on display until July 10. The exhibition is a continuation of his earlier exhibition titled "Smile Brother," which was held in Tehran last year and portrayed the people who suffered in the Iran-Iraq war between 1980 and 1988, including those who died due to the conflict. Moreover, Ensafi compiled his family albums for this exhibition as well, which creates a more personal atmosphere. Living between Istanbul and Tehran for the last three years, Ensafi is also a war victim. The artist's works has been shown in different exhibitions like "Tehran Calling London/London Calling Tehran" at the London Print Studios in 2013, "Right-to-Left" at the Berlin-based Kunstquartier Bethanien in 2012 and "Dialogue" at the University of Chicago in 2010. He is also an award-winning illustrator and embeds anonymous photographs into illustrations that have been traced to specific cultures.