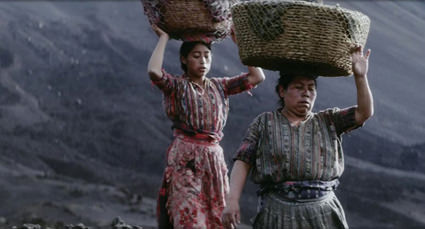 by daily sabah
Oct 05, 2015 12:00 am
The screening program of prestigious Filmekimi film festival includes Jayro Bustamente's first feature-length film "Ixcanul," starring Maria Mercedes Coroy and Maria Telon, which was shot on the skirts of an active volcano in Guatemala. Kaqchikel Maya, 17, lives with her parents on a coffee plantation, and while she is desperate to discover what lies behind the volcano, she is to be married off to the farm's foreman. This impressive and striking woman's drama introduces Mayan culture and traditions to viewers and is one of the six films shot in Guatemala in a year. The film won the Silver Bear at the 2015 Berlin Film Festival and was awarded Best Latin American Feature and Best Director awards at the Guadalajara Film Festival this year.