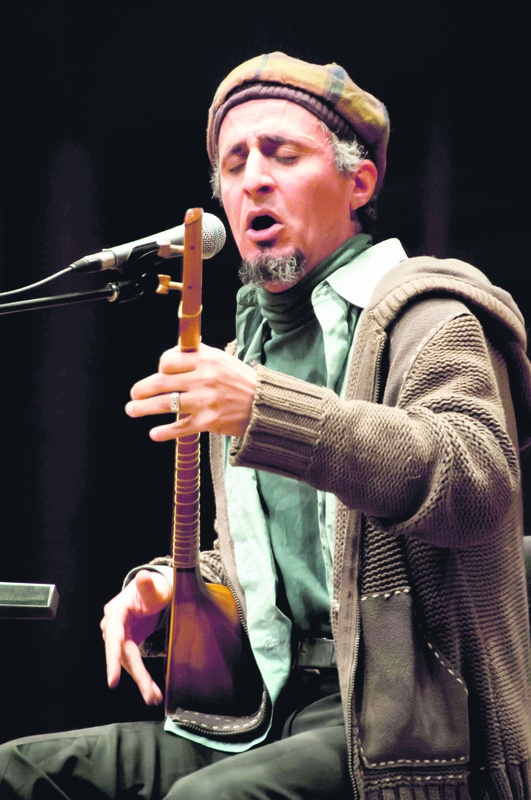 by Daily Sabah Dec 10, 2015 12:00 am
Legendary Iranian musician Mohsen Namjoo is set to perform at Congressium Ankara on Dec. 12. The New York Times described the musician as "Iran's Bob Dylan; his music is Iranian- blues." Namjoo is also known for his mingling of classical Iranian music and literature with jazz and rock, and the influences of important figures such as Hafız, Shams Tabrizi and Rumi are evident in his music. Born in Iran's Khorasan Province in 1976, the artist, whose talent was discovered by Nasrullah Nasihpur, received his bachelor's degree in drama from the University of Tehran and later completed his master's in music. Thanks to his four octave vocal range, the musician can use his voice as an instrument. Namjoo, whose biggest source of inspiration is the wealth of Iranian literature, can play the sitar, a traditional instrument, as well.