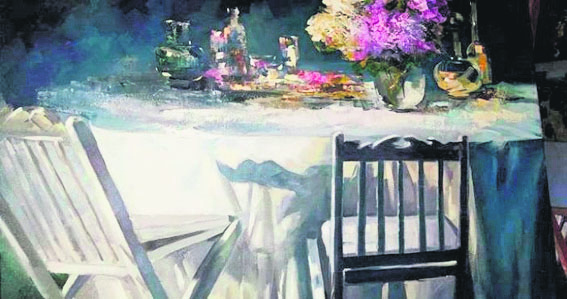 by daily sabah Jan 07, 2016 12:00 am
Letafet Hafız Kızı opened a painting exhibition at the Venus Art Gallery that will run until Jan. 16. Born in 1954 in the Azerbaijani capital of Baku, Kızı hails from a family of painters and is the daughter of the well-known painter Hafız Memmedov. She graduated from Ezim Azimzade Azerbaijan State University in 1973 and the Azerbaijan State Academy in 1978 with outstanding distinction. Kızı worked among art groups in the Baltics until 1980, receiving various awards and becoming a member of the Soviet Union Painter's Guild. From 1980 to 2001, she worked as a teacher, chief assistant and professor at Azerbaijan State Pedagogy University, serving as the head of the department of painting there from 1996 to 2001. She has participated in various international exhibitions in Turkey, the former Soviet Union and Russia since 1973. Her artwork is featured among the permanent collections of many galleries and museums worldwide as well.