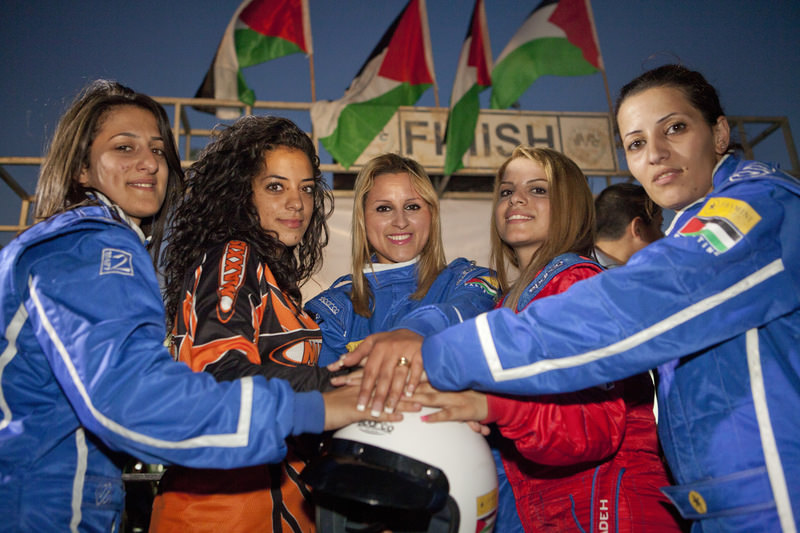 by Daily Sabah Feb 11, 2016 12:00 am
Directed by Amber Fares, the documentary film "Speed Sisters" focuses on the first all-women racecar driving team in the Middle East. The team of women drivers is challenging the Israeli occupation of Palestine and conservative society, as the female drivers race in a car that they built with parts from ordinary cars in the West Bank. Despite financial problems and the criticism of their families and society, these women have made a name for themselves with their boldness. However, oppression threatens the future of the racing team. The film enables the audience to see Palestine from a different perspective, while following the daily lives and identities of the five women who never cease to surprise the audience.