An exhibition on nature and sustainability at Istanbul Modern 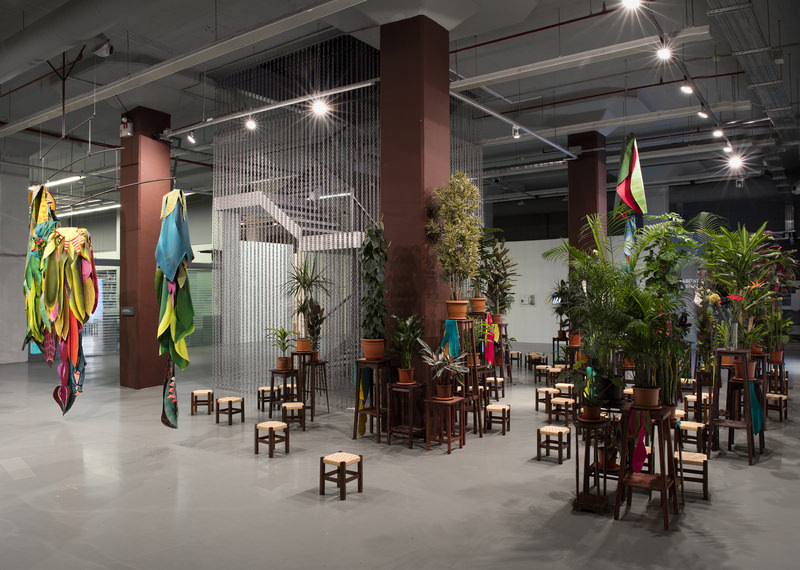 Curated by Çelenk Bafra and Paolo Colombo, Istanbul Modern is hosting a major new exhibition titled ‘Till It's Gone' which will be on display until June 5

Istanbul Modern, Istanbul's first private contemporary art museum, will move to a different building in the same neighborhood later this year and is expected to make a comeback to its old location a few years later. So, the title of its new exhibition, "Till It's Gone" is doubly significant: On the one hand, this major new show is an ode to nature and its destruction; on the other hand, it focuses on the fragile position of the neighborhood that houses Istanbul Modern's own building. 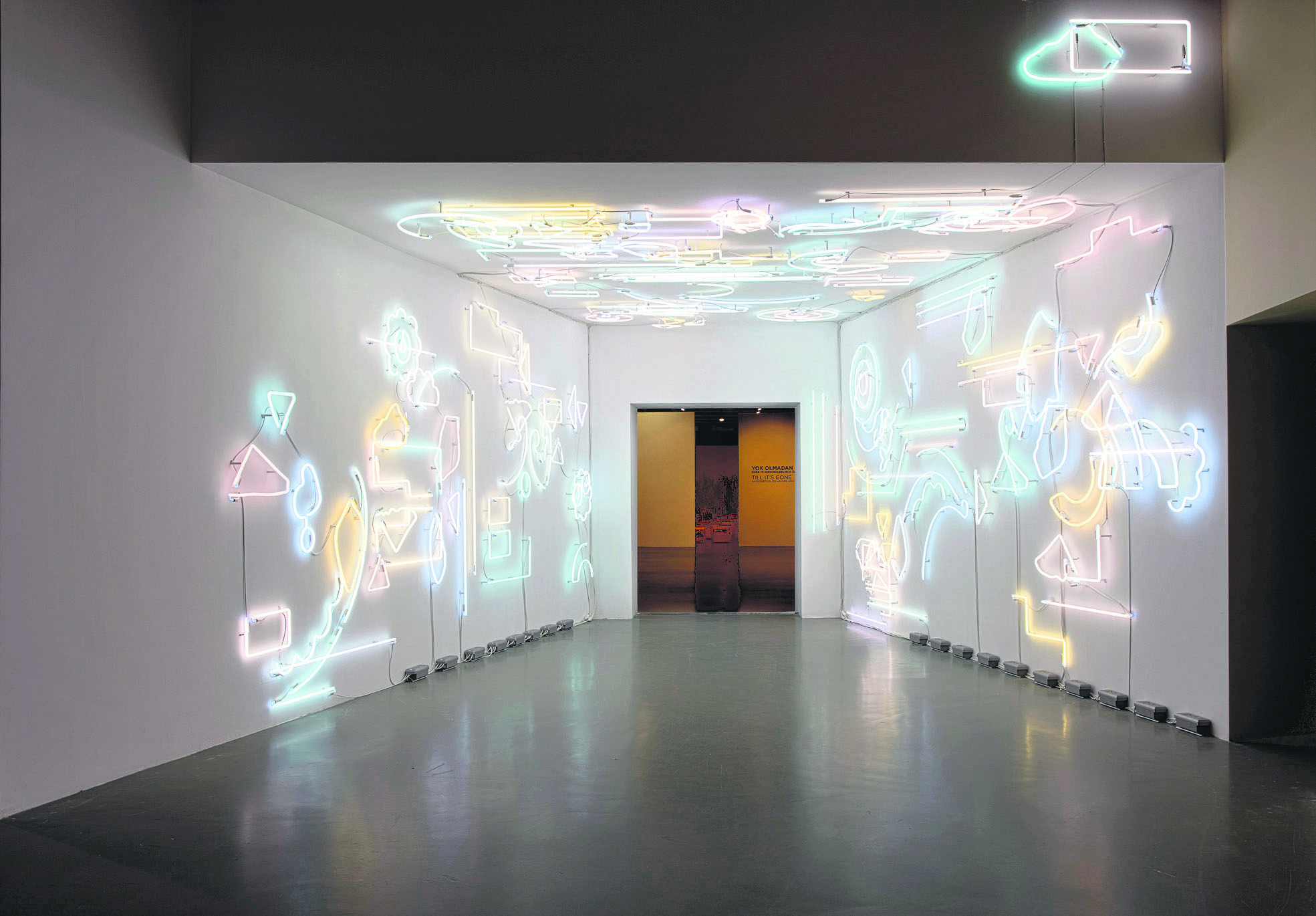 When I visited the museum last week, construction machines were busy demolishing adjacent buildings, and it was a surreal experience to walk pass them and enter a show devoted to sustainability and art. Once I walked downstairs in the museum, Camila Rocha's amazing site-specific installation surrounded me. Her work, titled "Sefatoryum," is a kind of winter garden for leisure. "Sefatoryum" is a "made-up word that combines the Turkish word 'sefa,' meaning 'pleasure,' 'enjoying oneself' or 'having good time,' and 'toryum,' the Turkish spelling of the noun 'torium,' meaning 'place for,'" according to the exhibition program. 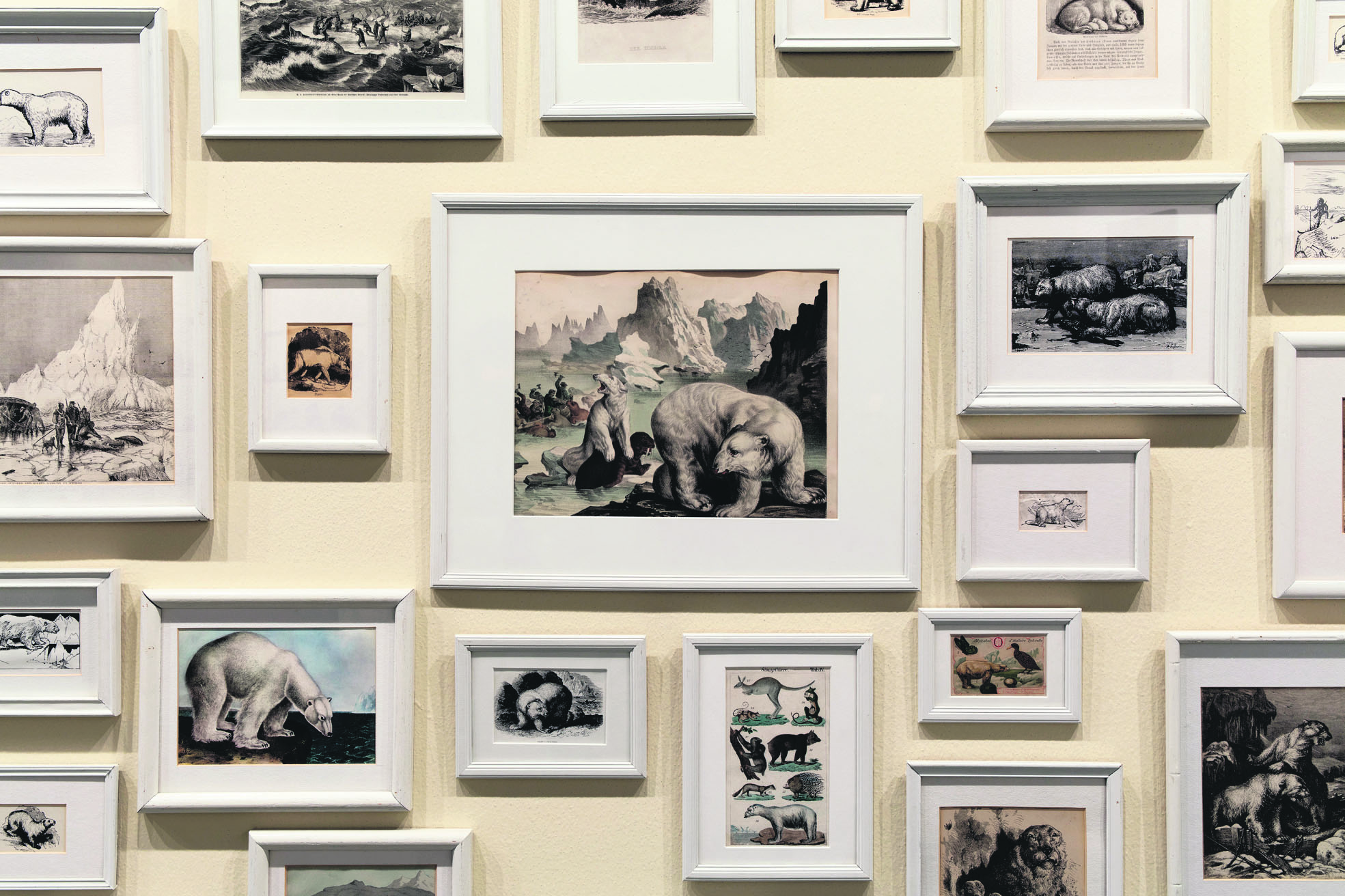 "The exhibition brings together diverse artistic attitudes, opinions and proposed solutions that could change the way we think and, hopefully, act … to know what we've got 'till it's gone," curators Çelenk Bafra and Paolo Colombo told Daily Sabah over email last week. "Urgency exists already in the title, and it is determined by almost all scientific analysis and projections on climate crisis – just to mention one of the many irreversible issues and major problems ahead of us." 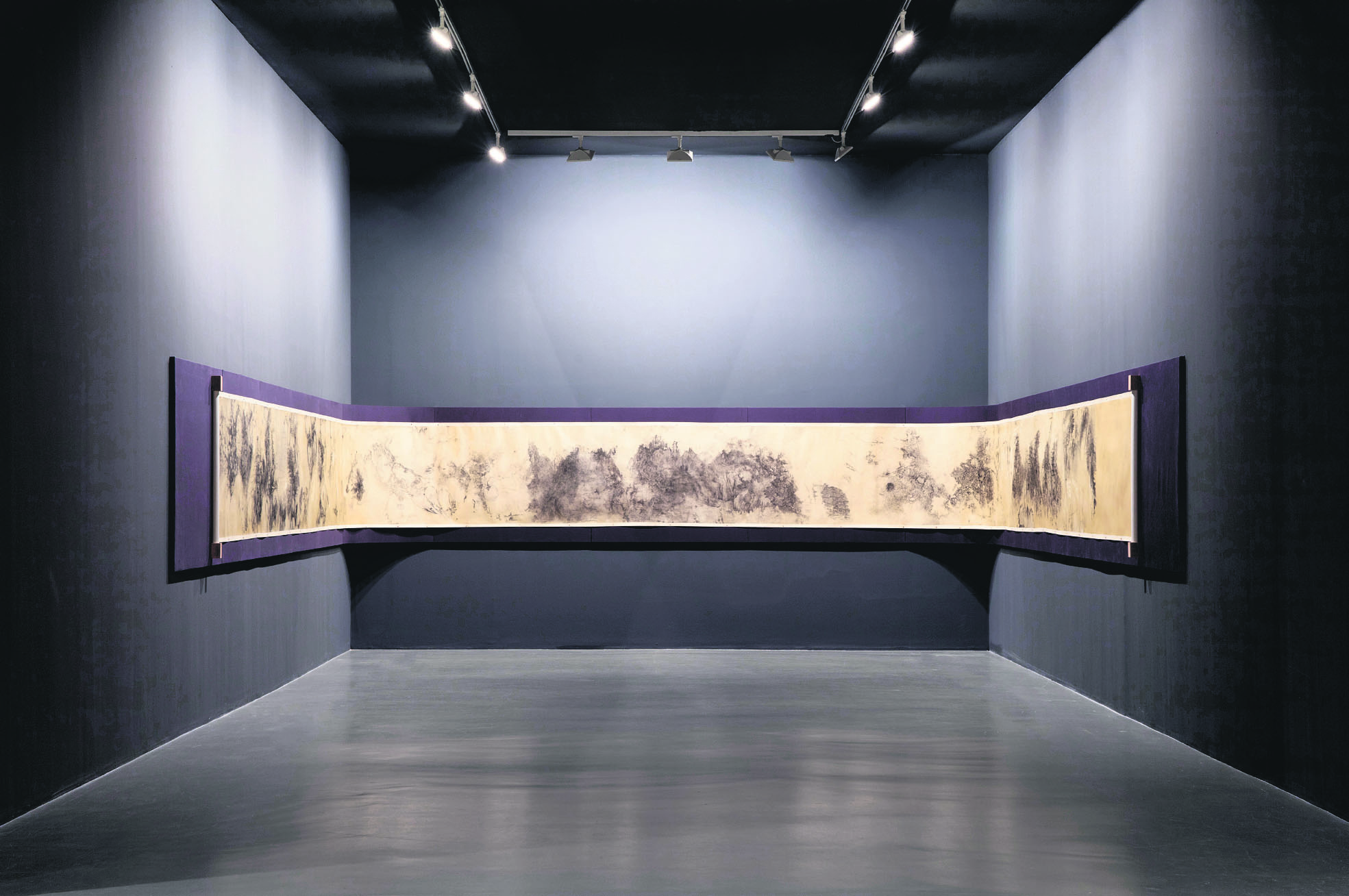 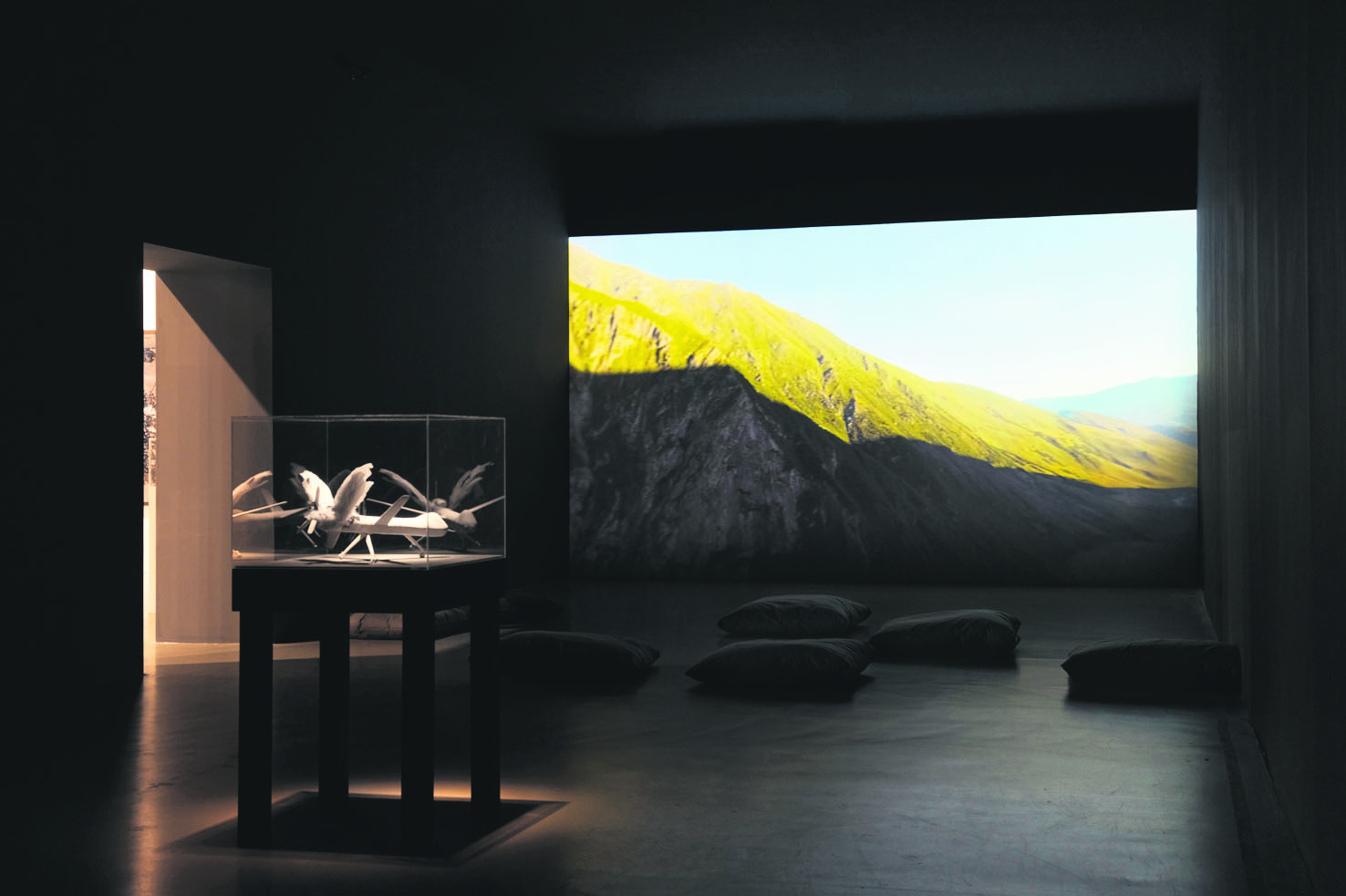 "As the curators of the exhibition, we pay homage to this song as one of the earliest and most popular denunciations of humankind's systematic destruction of the Earth's natural environment, and to Joni Mitchell's generation, who pioneered ecological awareness and valued nature's precarious equilibrium," Bafra and Colombo said. "Soon after the song was released in 1970, it became an anthem, denouncing the momentous changes taking place due to the exploitation of natural resources." 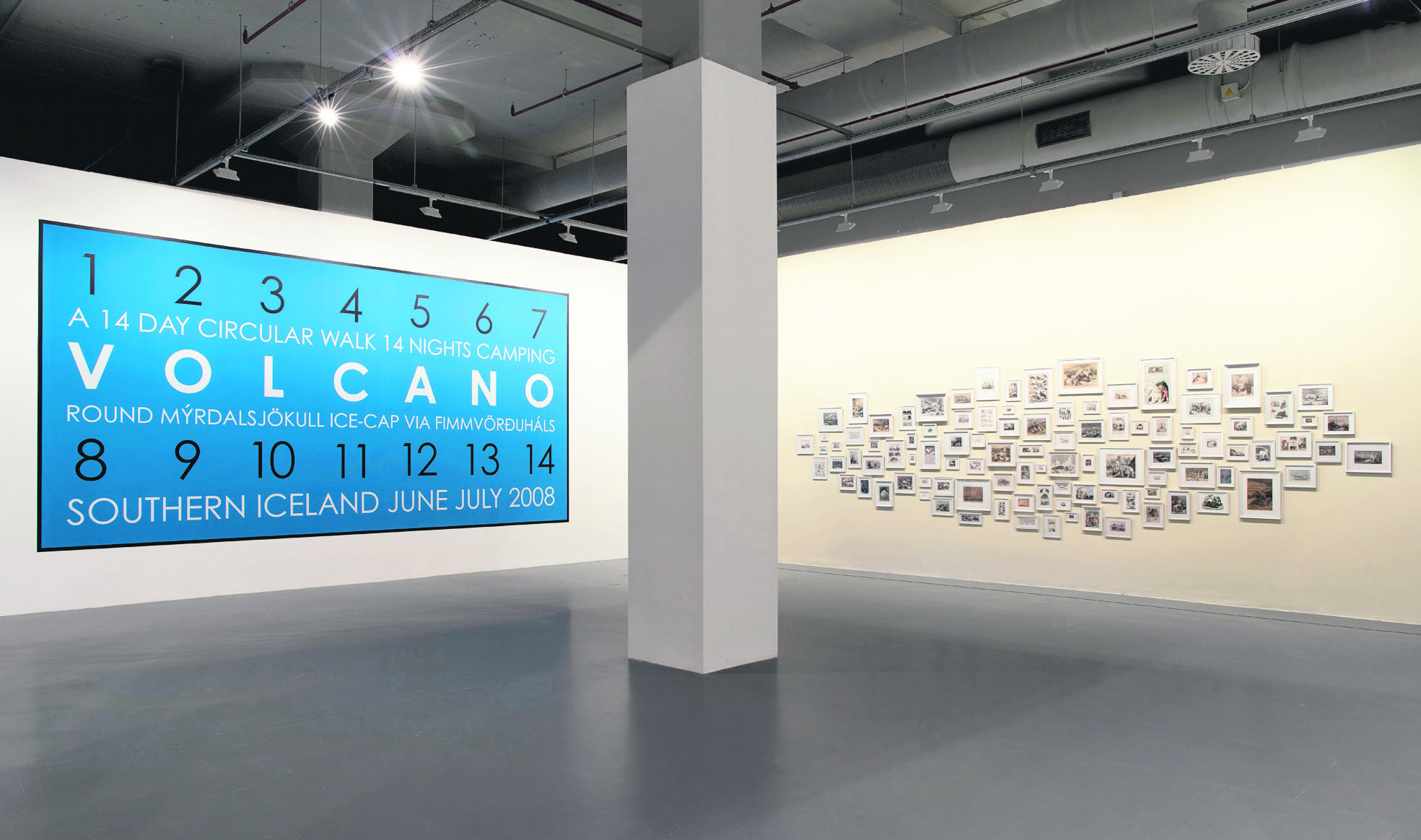 One of the central works in the show was produced by Yoko Ono, the legendary contemporary artist who has worked as a political activist, musician and the visual artist over the past 50 years. Ono's site-specific installation "Ex It" was donated to the museum by the artist. It is a work she had been exhibiting since 1997. Consisting of 50 wooden coffins with olive trees blossoming out of them, the work evokes the image of a mass grave. "Walking through this 'grave,' we hear birds singing but cannot tell where the sound comes from," the exhibition program reads. "It is the recorded singing of actual birds combined with Ono's voice. In the lid of each coffin is an opening in which one would expect to see the face of the deceased; instead, olive seedlings emerge, and get taller by the day." 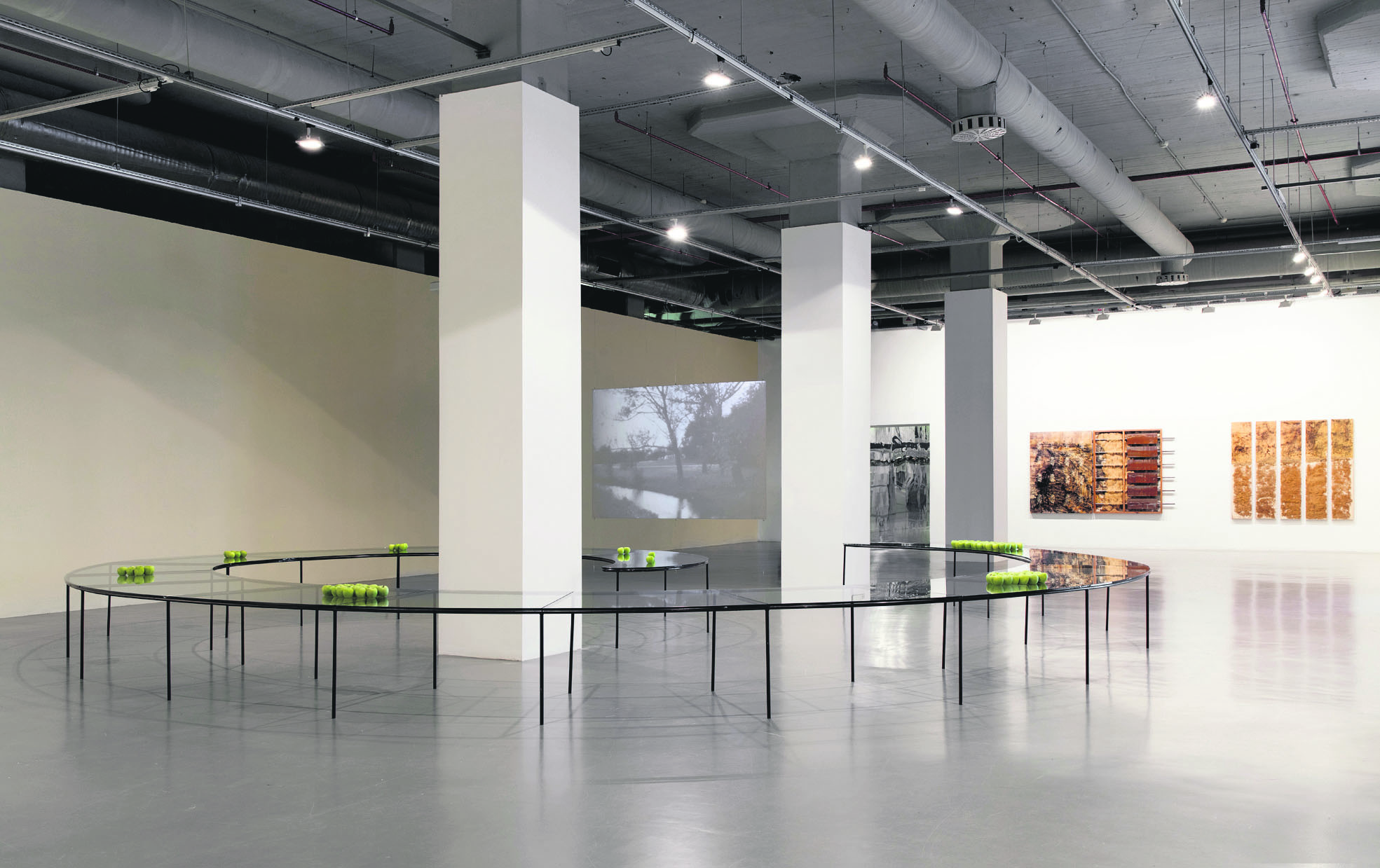 "The subject of the show, nature and sustainability is most pressing in global politics," Bafra and Colombo said. "In the sense of how one deals with the polis, be it the public or the private space. The catalogue essay by Richard Heinberg of the Post Carbon Institute 'Why Sustainability?' is a good guide to understanding the context and framework of sustainability today. We hope that 'Till It's Gone' can increase the awareness about issues of sustainability in nature, not necessarily in the local art scene but in the general public. The environment and sustainability are such broad and complex topics that it would be overambitious to seek solutions to or even raise all the possible questions about in a single exhibition. Nature deserves continuous attention in an age when the need to protect and develop the planet without causing more destruction is at the forefront of political and socioeconomic discourse."

The artists whose works are featured in the show belong to different generations and geographies. Visitors can see works by Roger Ackling, Bas Jan Ader, Alper Aydın, Bingyi, Jasmin Blasco and Pico Studio, Charles A. A. Dellschau, Elmas Deniz, Mark Dion, Hamish Fulton, Francesco Garnier Valletti, Rodney Graham, ikonoTV "Art Speaks Out," Lars Jan, Mario Merz, Maro Michalakakos, Canan Tolon and Pae White. They all focus on the "intricate relationships with the concept of sustainability" and "bring to bear diverse interpretations and insights pertaining to the interaction between human beings and the ecosystem."

Although the curators took the attitude of the generation of 1968 and the artistic production in the 1970's as a point of departure and source of inspiration for their curatorial research, they dedicated "Till It's Gone" to "all the artists and creative minds, who propose new interpretations and perspectives in order to raise ecological awareness in their societies and globally."

"As exhibition curators, we aim to spotlight prominent artists from all corners of the world who have long been concerned about these vital topics," Bafra and Colombo explain in the catalogue. "Artistic practice can unveil the heaviest issues in the most subtle, poetic and profound ways with its potentiality to elicit both individual and collective emotions and awareness. For us, art and creativity are among the few arenas left to remedy our growing anxiety that it is too late to save the earth … to argue that we still have a limited time 'till it's gone."
RELATED TOPICS