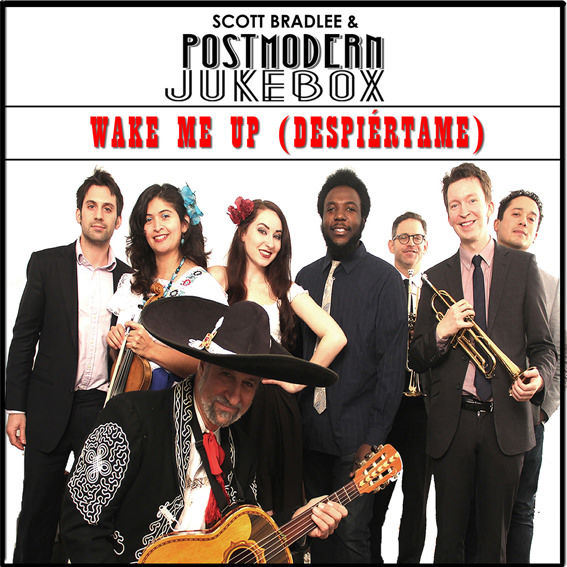 by Daily Sabah Mar 08, 2016 12:00 am
The phenomenal YouTube cover band Postmodern Jukebox, which has 1.7 million online followers, will perform at Middle East Technical University's (METU) Vişnelik Campus in Ankara on June 4. Composed of Scott Bradlee on the keys, Chip Thomas on the drums, Adam Kubota on the bass guitar and Stephanie Prive on the violin, the band works with various vocalists who are chosen according to the theme of the cover song. The band, whose videos are watched by more than 400 million people, is widely known for their covers of popular contemporary songs that they adapt to the popular genres of the '30s, '40s and '60s.

Founded by Bradlee in 2013, Postmodern Jukebox blends old with new, classic with modern. The band made their breakthrough with the cover of British hip-hop artist Macklemore's Grammy Award-winning song "Thrift Shop," which was sung by vocalist Robyn Adele Anderson in the style of the '30s. The video of the cover received millions of YouTube hits and made the band's name heard by the masses. Postmodern Jukebox received positive feedback from music critics and increased their popularity with their cover of New Zealander singer Lorde's song "Royals." The band joined forces with another band, Puddles Pity Party, for this cover, and the song was covered as a ballad that was sung by a sad clown. The tickets for the concert are now on sale with a special discount until March 28.