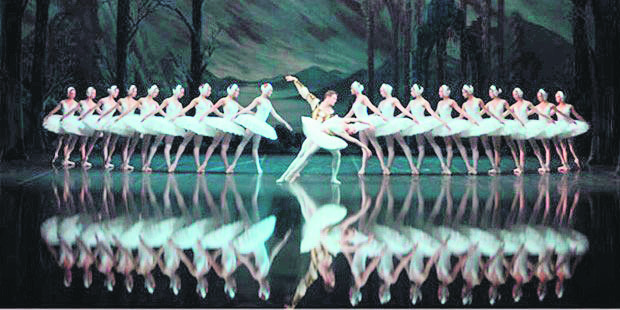 by Daily Sabah Mar 10, 2016 12:00 am
The renowned ballet company St. Petersburg Ballet Theater revisits Türker İnanoğlu Show (TİM) Show Center in Istanbul along with their famous prima ballerina Irina Kolesnikova for a series of shows between March 17 and March 21. The ballet company, which dazzled Istanbulites with their performances last year, will perform their critically acclaimed productions of "Swan Lake," "Giselle" and "The Sleeping Beauty." Founded by Konstantin Tachkin in 1994, the St. Petersburg Ballet Theater has performed at many prominent venues on six continents, and performs at least 200 shows every year. St. Petersburg Ballet Theater is the only existing classical ballet company that continues to work without the support of any government or sponsors, and it features 60 professional dancers who graduated from well-known schools such as the Vaganova Academy of Russian Ballet. The ballet company has attracted the spotlight of international media with their performances at Coliseum and Royal Albert Hall in London, the Champs-Elysees Theater in Paris, Bunkamura Hall in Tokyo, and the national theaters in Taipei and Beijing. The company, whose repertoire features "Don Quixote," "Paquita," "Giselle," "The Nutcracker," "La Bayadere," "The Sleeping Beauty" and "Romeo and Juliet," will perform three of their most acclaimed shows TİM Show Centre in Istanbul.