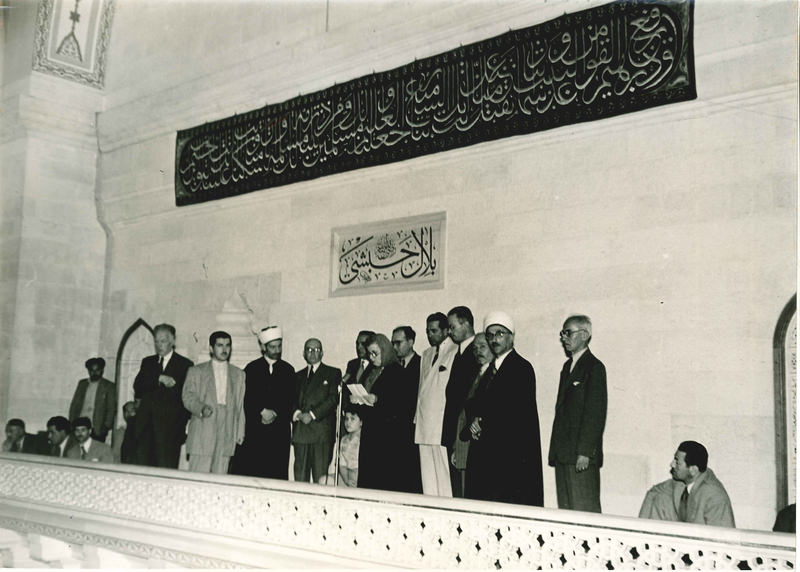 The Istanbul Research Institute's new exhibition, "An Ottoman Building in the Early Republican Era: The Şişli Mosque," focuses on the first monumental religious building of the Republican era in Istanbul through photographs taken by Foto Sabah, a leading studio of the period

Located on Meşrutiyet Avenue in Istanbul's Beyoğlu district, the Istanbul Research Institute is one the city's best kept secrets. It has been organizing some of the most interesting exhibitions of recent years, making its name as a space for historical explorations. The Institute's new show focuses on an Ottoman-style building of the early republican era: Istanbul's Şişli Mosque, the first monumental religious building of Republican-era Istanbul. 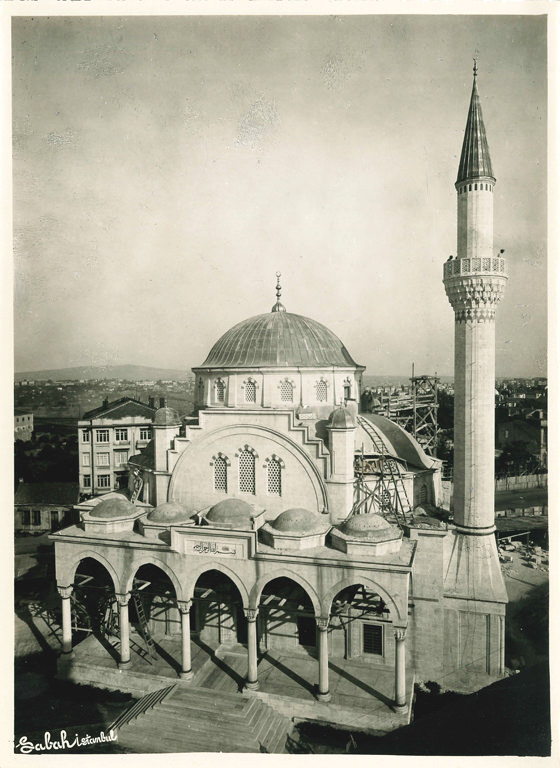 The photographs of the mosque were almost exclusively taken by Foto Sabah, one of the leading studios of the period, which indicates that the process of the mosque's construction between 1947 and 1949 was deliberately documented at regular intervals.

Istanbul's Şişli district emerged during the late 19th century when the Beyoğlu district expanded northward and the Teşvikiye neighborhood expanded westward. "The urban axis that extends from Taksim to the mulberry orchard of Mecidiyeköy and reaches Şişli connects a heterogeneous urban fabric made up of single buildings, vegetable gardens, cemeteries, barracks, training grounds, factories and vacant lots," M. Bahata Tanman and Buke Uras explain in their article for the exhibition catalogue.

The two describe how in the Republican period Şişli had turned into a prestigious district thanks to its Western outlook: "The Muslim population of this cosmopolitan district needed a mosque, and the Association for the Construction of and Support for a Mosque in Şişli was founded with the support of Dr. Lütfi Kırdar, the governor of Istanbul at the time. ... A 3219.5 square meter lot that belonged to the Special Provincial Directorate of Administration where the Cavalry Barracks used to be was handed over to the association for a symbolic sum on the condition that a mosque would be built there." 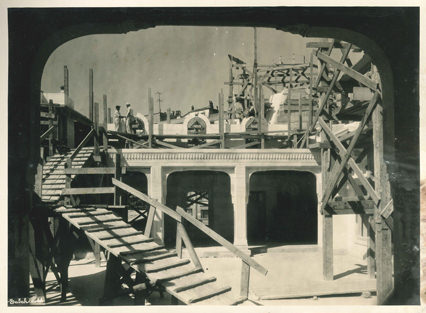 In an interview with Daily Sabah last week, the show's coordinator, Gülru Tanman, talked about Vasfi Egeli, the architect responsible for conceiving this monumental building. Egeli started working on his project on the corner where Abide-i Hürriyet and Halaskargazi avenues intersect. Today his building is seen as one of the last examples of the First National Architecture style combining late Ottoman and early Republican eras. In the following years, Şişli Mosque came to be "accepted as a stylistic example, providing a prototype for thousands of neo-Ottoman mosques built in its wake," according to the exhibition catalogue.

"We knew that Vasfi Egeli died childless, and though we tried to find out whether he has any remaining relatives or not, our efforts yielded no results," Tanman said.

"So we did not have a chance to reach his personal archives, if there are any, and had to content ourselves with the data at hand. Anyway, our focus was on the building itself, not on its architect and since it is a collection exhibition we have never planned to loan any items from other collections. But still, it would have been a great opportunity to learn more of his ideas, preferences and expectations regarding his career."

The institute team browsed through photographs collected in the archives of the Suna and İnan Kıraç Foundation. The archive contains more than 130,000 photographs that focus mainly on Istanbul and cover the period from the 1850s to the 1960s.

"The photographs of the mosque were almost exclusively taken by Foto Sabah, one of the leading studios of the period, which indicates that the process of the mosque's construction between 1947 and 1949 was deliberately documented at regular intervals. In those years when documentation and preservation was not customary and architectural work was seldom archived, such an effort is noteworthy," Tanman explained.

"Besides being the first monumental religious building of Republican Istanbul, one of the reasons we have chosen Şişli Mosque as our initial project is that this is the first mosque in the city's history that was not built under the aegis of the sultan or statesmen but through the collective effort of the people. Another reason is that Şişli Mosque, unlike the architectural thought and production of the 1940s, which was shaped throughout the country by winds of modernism, reflected the classical Ottoman style."

Another interesting feature of Şişli Mosque was that it served as a prototype for other religious buildings built in the following decades.

"In fact, it was not intended to serve as a prototype, but it somehow automatically did," Tanman said. "Let's not forget the possibility that architects might have felt freer in their designs of public or private buildings, but felt more restricted with religious ones. Mosques of the classical period have always been regarded as the works of utmost refinement, which inevitably created the perception of how a proper mosque should look like. This perception, along with the fact that contractors without a background became licensed to build mosques, might have triggered the ugly copies of Sultan Ahmet, Süleymaniye or Selimiye throughout the country."

"It is surprising to find out that the mosque is perceived by many as late Ottoman and not Republican, which is understandable due to its strong Ottoman appearance," Tanman said.

"Actually, we did not expect to see how considerably little is known of such a renowned building of recent past. On the other hand, for the middle-aged locals of Şişli, it is something poignant because they remember the funerals of their loved ones."

She added: "Architects, urban planners and architectural historians are pleased that since our opening in 2007 we have tried our best to promote research on early Republican architecture, which deserves more exploration, documentation, and most importantly and conservation."