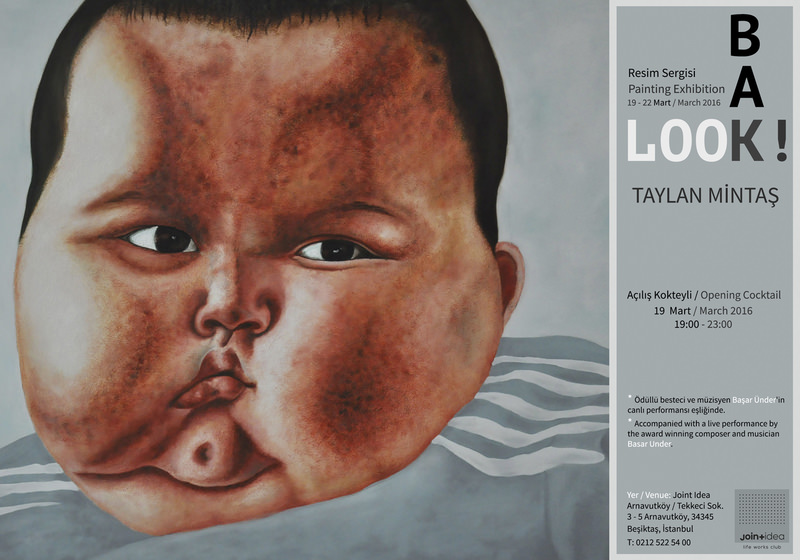 Interdisciplinary artist Taylan Mintaş's exhibition titled "BAK!" (LOOK!) is on display until tonight at Arnavutköy Joint Idea. The exhibited paintings and sculptures focus on the things that everyone wants to say but keep to themselves. The revenue from the exhibition, which features various artworks created by surprising materials, will be used for the production of Mintaş's film "Sessizliğin Kardeşleri" (The Sisters of Silence) that the artist began filming in 2012. Produced by Mintaş Film, "Sessizliğin Kardeşleri" documents the real-life story of how hearing impaired and mute cousins developed a special language for communication and changed the lives of the people around them. Mintaş met these cousins during a trip to his hometown. Moreover, a crowdfunding campaign was launched on the website Fongogo in order to collect the necessary funding to complete the post-production phase of the film. Mintaş studies painting at Marmara University and also trains at workshop of veteran painter Mehmet Güreli. Apart from his paintings, sculptures and video installations, Mintaş also directs films as well as serves as art director in other productions.