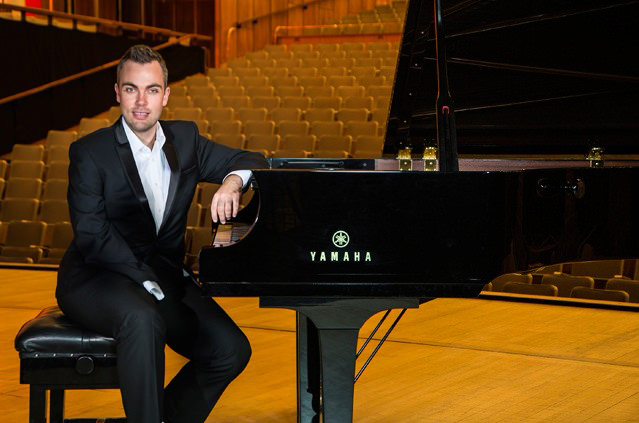 by Daily Sabah Apr 15, 2016 12:00 am
Born without his right hand yet called one of the world's most successful pianists by music authorities, British pianist Nicholas McCarthy will perform at Zorlu Performing Arts Center on May 21. The concert was organized in collaboration with Piu Entertainment and supported by Omya Construction. Seen as the symbol of hope against despair, McCarthy was born in 1989 without his right hand. He started his musical career at the age of 14. After graduating from the London Royal College of Music in 2012, he won great recognition with his joint performance with world-famous British band Coldplay at the closing ceremony of the London Paralympics the same year. Pleasing the crowd with several concerts in different parts of the world, the British pianist crowned his musical career with his debut album "Solo" consisting of 17 tracks that were released following the contract he signed with Warner Classics. Also a member of Paraorchestra, the world's first professional ensemble for disabled musicians, McCarthy particularly likes to perform the piano pieces composed for the left-handed by Paul Wittgenstein who lost his during a war.