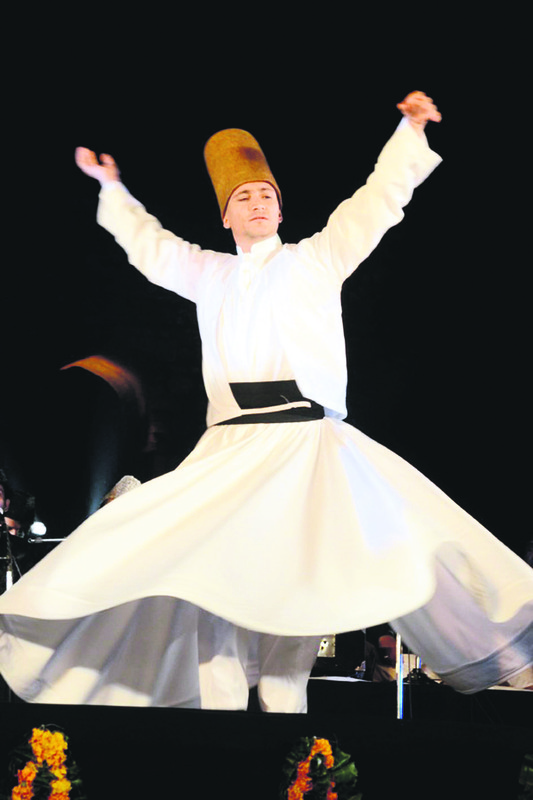 by Daily Sabah Apr 25, 2016 12:00 am
Organized by the Istanbul Dervishes, the Sema performance will take place on April 28 at the Hocapaşa Performance and Cultural Center. Accompanied by live Sufi music and a 360-degree video mapping show, the Sema performance invites Sufi and Sema lovers to spend a night engaging in spiritualism and history. The Mawlavi tradition was named after its founder, Mevlana Jalal al-Din Rumi. "Sema" refers to the prayers, people, signs and dances of the Mawlavi ceremonies. Sema, which was described by Rumi as "experiencing perpetual life in mortality, being familiar with the mysteries of God without a messenger, meeting God and embracing love," touches the souls of audience members with its visual features and aesthetics.

The philosophy of Rumi has been passed down from generation to generation for more than 800 years through traditional Sema ceremonies. The Islamic mysticism of Rumi symbolizes stripping from individual ambitions and participating in social life with limitless love, humanism and goodness. Inspired by this mysticism, Sema represents a spiritual journey to perfection. Composed of seven different parts, Sema conveys a different aspect in each of its parts under the main premise that "whirling is the only condition of existence." Twirling around themselves, the dervishes are sharing with audience members that spinning and cyclical turning is the only element of life on Earth that everything in our universe shares.