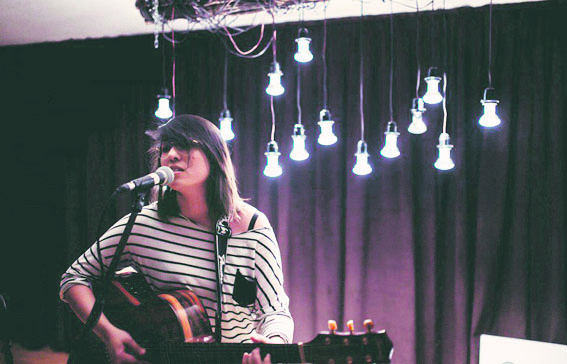 by Daily Sabah May 03, 2016 12:00 am
Singer and songwriter Kalben, whose talent was discovered after her performance at Sofar Sounds, will perform at Bayblon Bomonti in Istanbul on May 5. Kalben has performed across Turkey at venues such as Nublu and Salon İKSV. She draws inspiration from artists such as PJ Harvey, Sevinç Tevs, Nazan Öncel, David Bowie and Tom Waits. Nourished by folk, indie, arabesque and classical music, Kalben is also the writer of a series of children's books titled "The Adventures of Lulu." She recently drew attention with acoustic covers.